“Thus says the Lord: “Cursed is the man who trusts in man And makes flesh his strength, Whose heart departs from the Lord. For he shall be like a shrub in the desert, And shall not see when good comes, But shall inhabit the parched places in the wilderness, In a salt land which is not inhabited. “Blessed is the man who trusts in the Lord, And whose hope is the Lord. For he shall be like a tree planted by the waters, Which spreads out its roots by the river, And will not fear when heat comes; But its leaf will be green, And will not be anxious in the year of drought, Nor will cease from yielding fruit. “The heart is deceitful above all things, And desperately wicked; Who can know it? I, the Lord, search the heart, I test the mind, Even to give every man according to his ways, According to the fruit of his doings.”
‭‭Jeremiah‬ ‭17:5-10‬ ‭NKJV‬‬

Trusting in the Lord

It is election time. I was one who voted in every major election since I turned eighteen and registered to vote for the first time. I considered it my civic duty. I registered as an independent and have never had a party affiliation. When look back over all the elections, I see a very eclectic history, with an equal sprinkling of Democrats and Republicans. I also voted for a couple of third party candidates.

Through the years I have come to understand that the people we vote for do not represent us, but in reality, represent corporate interests. Also during this time, I became a follower of Jesus who redefined my values according to His word and the Holy Spirit. This has led me to question both political parties, for whether liberal or conservative, neither reflects the heart of Jesus.

“But Bernie, X party has stances that are close to those of Jesus. “

I have found that I am less and less able to compromise with matters of faith, and unwilling to settle for “close”. The 2020 elections was a breaking point for me, for the worst parts of our electoral system were exposed.

On one side, an old man, a documented racist, suffering under the intermediate stages of dementia, was pressed into service by the godless left to defeat the megalomaniac, right wing, racist dog whistling, archetype of the antichrist given blood allegiance by the right.

A rock and hard place. After that election, and all that followed, I became, for the first time in my adult life, a non voter. I am done.

Two verses have carried me through the last few years is Psalm one hundred eighteen, verses eight and nine. It is no wonder they are the center point of the Bible.

Reading through Jeremiah had a good deal of foundational relevance for me this morning, for my heart has been burdened for my brothers and sisters who have elected to follow politics to the neglect of the Gospel.

“Cursed is the man.”

Over the last few years, I have watched in horror as people I love, have chosen to seek the mammon and not God. They have set about pushing for legislation and laws that they hope will enforce a type of godliness upon people who do not have the Lord. People who have not known the salvation of Jesus, and the indwelling of the Holy Spirit, are degenerate, and cannot possibly keep the moral of Scripture.

Others have sought to push for social justice fixes for sin problems, hoping that hearts that hate can be taught to love. Meanwhile they wink at the abominations of those they are in league with, and some even come to the point where they doubt the word of God. This is folly!

““The heart is deceitful above all things, And desperately wicked; Who can know it?”
Jeremiah 17:9 NKJV

Those of us who have been bought by the blood of Jesus, should know that it is impossible to keep the law, for if it were possible, then Jesus died in vain. It takes the supernatural transformation of the human heart that only God can bring about.

In our pursuit of men and women of flesh and blood, in whom we have put our trust, we have effectively sought to render the Gospel null and void. We have acted in faithlessness, though we profess to be faithful.

Should the follower of Jesus take part in the process: absolutely! Run for office, sure! But we should do so as an avenue to make way for the Gospel.

Peter Marshall was the chaplain for the United States Senate in the forties and used his ministry as a means of representing Jesus in the government. He was known and respected by all for his ability to make Jesus the main thing. The movie “A MAN CALLED PETER” is about him.

Brothers and sisters, that must be our calling. While I understand the desire to “save this nation,” it is time for us to focus our energies on saving this nation’s souls. My people, there is not much time. We may have but months. There is coming a time when choices will truly have consequences, eternal ones.

There is great darkness coming upon this world, and this country, and it should be a signal to us to begin focusing on the work of our calling, as we go and tell the world about Jesus. That is the commission that the Lord has given us.

As the pressure increases, and persecution seems to persist, we must seek the Lord with all diligence, that we have the peace that we need to endure. That peace does not come with politicians, but only from the Lord.

“Blessed is the man Who walks not in the counsel of the ungodly, Nor stands in the path of sinners, Nor sits in the seat of the scornful; But his delight is in the law of the Lord, And in His law he meditates day and night. He shall be like a tree Planted by the rivers of water, That brings forth its fruit in its season, Whose leaf also shall not wither; And whatever he does shall prosper.”
Psalms 1:1-3 NKJV

Let us meditate day and night on the goodness of God. Let us run to Him in these times. I tell you the truth, the world we live in is a sinking ship, and the Lord Jesus Christ has charged us to be the ones handing out the life preservers. 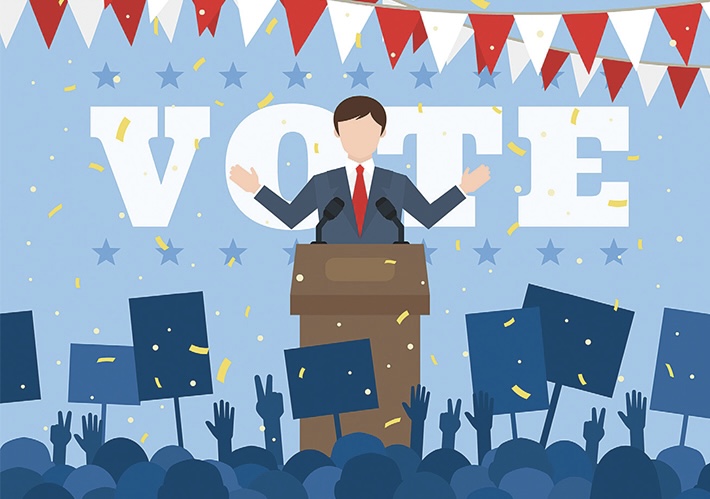 2 thoughts on “Trusting in the Lord”