“Oh, give thanks to the Lord! Call upon His name; Make known His deeds among the peoples! Sing to Him, sing psalms to Him; Talk of all His wondrous works! Glory in His holy name; Let the hearts of those rejoice who seek the Lord! Seek the Lord and His strength; Seek His face evermore! Remember His marvelous works which He has done, His wonders, and the judgments of His mouth,”
‭‭I Chronicles‬ ‭16:8-12‬ ‭NKJV‬‬

There is a moment when David establishes a place for the Ark of God and builds a tabernacle where the presence of the Lord can dwell. The moment is one filled with celebration, as David appointed people to minister before the Lord.

The tabernacle of David is picture, or foreshadowing of the spiritual dwelling place of the Lord. Those of us who have been born again, have become that dwelling place, that tabernacle, as the Holy Spirit has taken up residence in all those who believe.

I remember the day that the Lord became established in me, and my life began to change. As I read the passage of thanksgiving in I Chronicles sixteen, I can recall the heart of celebration that I had, as I rejoiced and told everyone I knew that I had been saved. I made know the deeds of the my Savior Jesus, and how He had opened the door to salvation.

There have been seasons when I have not been as faithful to seek Him as I should, those moments of business when careful study of the Scriptures has given way to haste. Though I am often saddened by the physical losses as my health has declined, I rejoice in how the Lord has slowed me down, how He has established Himself in the tabernacle that is my soul.

I now take the time to pore over His word, and can see the changes out has brought within me. I found that He is far more reflected in me as I go about my life.

Brothers and sisters, let us live as if we have been established as God’s portable tabernacles, holding the glory of God, and presenting it to those who are in darkness. Let us be filled with His word, driven by His Spirit, and prepared to go and tell sin sick sinners of the One who has the power to save.

“Sing to the Lord, all the earth; Proclaim the good news of His salvation from day to day. Declare His glory among the nations, His wonders among all peoples. For the Lord is great and greatly to be praised; He is also to be feared above all gods. For all the gods of the peoples are idols, But the Lord made the heavens. Honor and majesty are before Him; Strength and gladness are in His place.”
I Chronicles 16:23-27 NKJV

Let us go out and sing our praises of the Lamb, of how He has established us in eternity in Heaven, where we were once destined for hell. Ears are open, and may we be faithful to go and tell.

If you are one who has become overwhelmed by this life, ask the Lord to show ways in which you can increase your time with Him. Take the time to set apart space only for Him, that you be established.

“As you therefore have received Christ Jesus the Lord, so walk in Him, rooted and built up in Him and established in the faith, as you have been taught, abounding in it with thanksgiving. Beware lest anyone cheat you through philosophy and empty deceit, according to the tradition of men, according to the basic principles of the world, and not according to Christ. and you are complete in Him, who is the head of all principality and power.”
Colossians 2:6-8, 10 NKJV 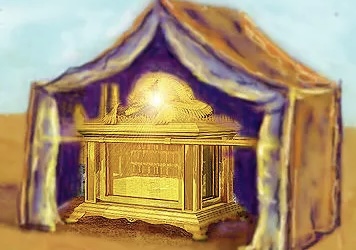