“For when we were still without strength, in due time Christ died for the ungodly. For scarcely for a righteous man will one die; yet perhaps for a good man someone would even dare to die. But God demonstrates His own love toward us, in that while we were still sinners, Christ died for us. Much more then, having now been justified by His blood, we shall be saved from wrath through Him. For if when we were enemies we were reconciled to God through the death of His Son, much more, having been reconciled, we shall be saved by His life. And not only that, but we also rejoice in God through our Lord Jesus Christ, through whom we have now received the reconciliation.”
‭‭Romans‬ ‭5:6-11‬ ‭NKJV‬‬

The wrath to come

Years ago I heard the story of a lawyer who worked for the ACLU, who was asked by a reporter if he would want to live in a world where the organization won all of its cases. He replied “No!”

In reality, a world where anything goes, when even the most taboo is common, and even applauded, life would prove to be unlivable, and man would be given over to his own desires.

In many ways, we are there, as we have entered a season of unhindered self indulgence, where people can act out whatever they like with no penalty. Subsequently, many cities and small towns have become crime ridden, for everyone is doing as their own will leads them.

Our self indulgence has invited the natural consequences upon us, as God’s wrath is being played out. It is not by His hand that we suffer, but by His allowing us to do as we wish, to our own peril.

It is Romans one brought to fruition.

“Therefore God also gave them up to uncleanness, in the lusts of their hearts, to dishonor their bodies among themselves, who exchanged the truth of God for the lie, and worshiped and served the creature rather than the Creator, who is blessed forever. Amen. For this reason God gave them up to vile passions. For even their women exchanged the natural use for what is against nature. Likewise also the men, leaving the natural use of the woman, burned in their lust for one another, men with men committing what is shameful, and receiving in themselves the penalty of their error which was due.”
Romans 1:24-27 NKJV

In the this increasing terrible time, it is easy to feel overwhelmed if one is committed to the furtherance of the Gospel, for it seems like an uphill battle.

I harken back to my own story, the story of God’s intervention into a sinful life, bound for its terminus, and bound for hell. There were those who knew me who thought I was beyond redemption, that I had sinned so much that I could never be saved. They viewed me through self righteous eyes, having forgotten that they themselves were once sinners.

Reading Romans five brought great joy of remembrance to me, as I remembered how the Lord met me were I was, caught up in fresh sin. For years I had desired to return to church, but I felt like I had to clean myself up first. The years had revealed to me the impossibility of that effort.

“But God demonstrates His own love toward us, in that while we were still sinners, Christ died for us.”
Romans 5:8 NKJV

In a moment, I was saved from my sins, saved from the wrath to come, and destined to be sanctified, as Jesus had justified me by His sacrifice on the cross. Once I had entered in, He was going to complete the work. Admittedly, my start in this faith was very rocky, as I had many strongholds to overcome, but the Lord is faithful.

“being confident of this very thing, that He who has begun a good work in you will complete it until the day of Jesus Christ;”
Philippians 1:6 NKJV

Brothers and sisters, in the light of the redemptive power of our Lord Jesus Christ, let us be faithful to go and tell others of this Gospel, even as the tornado of sin that is ripping and blowing through our world, and it seems as if it will blow our best efforts away. The word of God is powerful, and does not come back void.

We are nearing the end, and there are many who, as of now, are seemingly bound to know the wrath of God. Let us assume the rescue mission the Lord as given us, as we go and tell. Let us tell of who we were, of the sins that so pervaded in us, of how the Lord met us where we were, and changed us from the inside out.

By the power of Jesus, we bring the message of life change. May we be faithful to share. 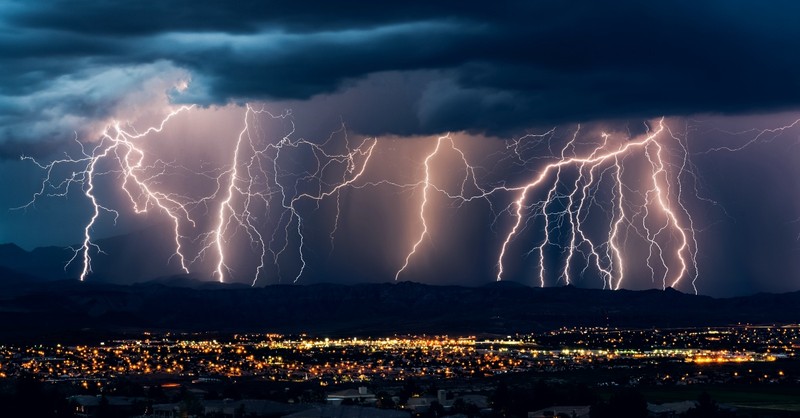 One thought on “The wrath to come”