“And Stephen, full of faith and power, did great wonders and signs among the people. Then there arose some from what is called the Synagogue of the Freedmen (Cyrenians, Alexandrians, and those from Cilicia and Asia), disputing with Stephen. And they were not able to resist the wisdom and the Spirit by which he spoke. Then they secretly induced men to say, “We have heard him speak blasphemous words against Moses and God.” And they stirred up the people, the elders, and the scribes; and they came upon him, seized him, and brought him to the council. They also set up false witnesses who said, “This man does not cease to speak blasphemous words against this holy place and the law; for we have heard him say that this Jesus of Nazareth will destroy this place and change the customs which Moses delivered to us.” And all who sat in the council, looking steadfastly at him, saw his face as the face of an angel.”
‭‭Acts‬ ‭6:8-15‬ ‭NKJV‬‬

In the coming days, weeks, months, and perhaps years, we who call upon the name of the Lord will face resistance from those who oppose us. They are not going against us specifically, though they will certainly look upon us as the cause of all the problems. They will be resisting the Holy Spirit. He is moving through humanity convicting the world of sin, and bringing truth to those who would rather believe lies.

As I read of Stephen and his being accused of blasphemy, I was taken back to the charges that were laid against our Savior. The scene was very much the same, for those who condemned Jesus were also driven by the god of this world.

Jesus had promised them they would be treated the same way as He was. Likewise, we who are modern followers, will endure the same hate and attacks as those who walked the path of faith before us.

“Remember the word that I said to you, ‘A servant is not greater than his master.’ If they persecuted Me, they will also persecute you. If they kept My word, they will keep yours also.”
John 15:20 NKJV

We are the latest saints to carry the word of God against opposition, being attacked by liars, bearing falsehoods, being maligned, murdered, killed, tortured and even sawn in two. Unlike those who came long ago before us, before the promise of the cross, we have the gift of the Holy Spirit, and the word of God.

Because of the presence of God in us, we have the power to stay obedient, even when it is tempting to seek to escape. Steven was filled with the Holy Spirit, and when it mattered most, he stood and delivered, glorifying the Lord Jesus and present the Gospel.

He represented those who had not known the promise, but gave their lives for its cause.

“Women received their dead raised to life again. Others were tortured, not accepting deliverance, that they might obtain a better resurrection. Still others had trial of mockings and scourgings, yes, and of chains and imprisonment. They were stoned, they were sawn in two, were tempted, were slain with the sword. They wandered about in sheepskins and goatskins, being destitute, afflicted, tormented— of whom the world was not worthy. They wandered in deserts and mountains, in dens and caves of the earth. And all these, having obtained a good testimony through faith, did not receive the promise, God having provided something better for us, that they should not be made perfect apart from us.”
Hebrews 11:35-40 NKJV

Stephen stood against those who hated him, who really hated the God who sent him, standing on that “something better.”

Brothers and sisters, let us show the faith of Stephen, being fully aware of the great history has been laid out and documented in the Bible. As we face the same kinds of lies and obfuscations, let us lean upon the Lord Jesus for strength, knowing that what they are doing to us, they did to Him.

Let us also be buoyed by the fact that we are nearing the coming of the Lord, that time when Jesus will return and bring true justice. God sustained Stephen as he faced his moment, the Holy Spirit sustaining Him. As they looked upon Him, they looked upon a man who face which shown as that of an angel.

May it be said of us that our faces looked like that of angels.

Let us be careful to stand firm, not giving into the temptations of the times, form they will be a plenty. I am greatly blessed by my withering body, for there is little trouble I can get into with it. It is my desire to represent the great cloud of witnesses, the great testimony of believers who have come before me.

“Therefore we also, since we are surrounded by so great a cloud of witnesses, let us lay aside every weight, and the sin which so easily ensnares us, and let us run with endurance the race that is set before us, looking unto Jesus, the author and finisher of our faith, who for the joy that was set before Him endured the cross, despising the shame, and has sat down at the right hand of the throne of God.”
Hebrews 12:1-2 NKJV

In the face of resistance, let us be faithful to speak the truth of God by the power of the Holy Spirit. They who are in opposition cannot resist the Holy Spirit and the wisdom of God. Be faithful to share the Good News in a world where there seems to be so much bad news.

Have a fabulous Friday! 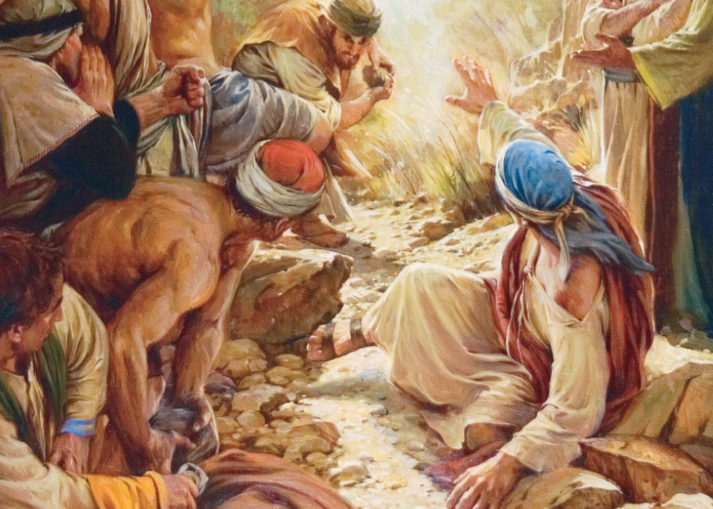 One thought on “Resistance”