“And being assembled together with them, He commanded them not to depart from Jerusalem, but to wait for the Promise of the Father, “which,” He said, “you have heard from Me; for John truly baptized with water, but you shall be baptized with the Holy Spirit not many days from now.” Therefore, when they had come together, they asked Him, saying, “Lord, will You at this time restore the kingdom to Israel?” And He said to them, “It is not for you to know times or seasons which the Father has put in His own authority. But you shall receive power when the Holy Spirit has come upon you; and you shall be witnesses to Me in Jerusalem, and in all Judea and Samaria, and to the end of the earth.””
‭‭Acts‬ ‭1:4-8‬ ‭NKJV‬‬

Jesus had done great works amongst the disciples, as He went about His ministry. He healed the sick, cast out demons, and raised the dead. He taught them of a kingdom to come, where they would one day reign with Him. Yet, at the moment when He was going to return to heaven, they asked Him if He was going to restore Israel to its glory.

On the cosmic scale of the universe, the restoration of an earthly Kingdom is nothing compared with the promise of the heavenly, or the great mission to come. But they, like us, were grounded in the here and now.

One of the dangers in these perilous times is to be caught up looking at all that is going on around us, at all the uncertainty and all the hatred and rage aimed at those who call upon the name of the Lord, and wonder if the Jesus is going to invade the here and now.

Many of us are feeling pressured as the world moves toward the fleshly, sold out to the woke, drawn to what is sinful according to the unchanging word of God.

We recoil in horror as we see what was once taboo, strutted out in the open and applauded. It is in these times that we must be reminded that the world right now belongs to the devil. Because it is his, those that inhabit it in these latter days are reflective of all that is unholy.

“But know this, that in the last days perilous times will come: For men will be lovers of themselves, lovers of money, boasters, proud, blasphemers, disobedient to parents, unthankful, unholy, unloving, unforgiving, slanderers, without self-control, brutal, despisers of good, traitors, headstrong, haughty, lovers of pleasure rather than lovers of God, having a form of godliness but denying its power. And from such people turn away! For of this sort are those who creep into households and make captives of gullible women loaded down with sins, led away by various lusts, always learning and never able to come to the knowledge of the truth.”
II Timothy 3:1-7 NKJV

We are like the disciples receiving the last words of Savior, except we are waiting eagerly for His return. We have the same question, but unlike the those who watched Him go, we will receive our answer soon.

““And to the angel of the church in Smyrna write, ‘These things says the First and the Last, who was dead, and came to life: “I know your works, tribulation, and poverty (but you are rich); and I know the blasphemy of those who say they are Jews and are not, but are a synagogue of Satan. Do not fear any of those things which you are about to suffer. Indeed, the devil is about to throw some of you into prison, that you may be tested, and you will have tribulation ten days. Be faithful until death, and I will give you the crown of life.”
Revelation 2:8-10 NKJV

There is coming a time when there will be wholesale slaughter of all those who call upon the name of Jesus. Just as our brothers and sisters throughout history before us, suffered and died for this faith, we too will have the privilege of knowing the sufferings of Christ. By that suffering we will stand in the great cloud of witnesses, proclaiming loudly of the Gospel, and the Lord will bring about a great harvest of souls.

“Most assuredly, I say to you, unless a grain of wheat falls into the ground and dies, it remains alone; but if it dies, it produces much grain. He who loves his life will lose it, and he who hates his life in this world will keep it for eternal life. If anyone serves Me, let him follow Me; and where I am, there My servant will be also. If anyone serves Me, him My Father will honor.”
John 12:24-26 NKJV

Brothers and sisters, let us be singleminded in completing the mission the Lord has given us. Let not be caught sup on struggling to find natural and political solutions for the supernatural situation that Jesus Himself has ordained, but us be about the Father’s business.

I will promise you that what you view as bad today, will be far worse in the times to come. It will also be far sadder, as we witness many of those we have worshipped with, fall away and take on the views of the world.

It is not for us to worry about when the Lord is going to set things right, for we know by faith that He will. It is on us to do what the Lord has commanded.

“And He said to them, “It is not for you to know times or seasons which the Father has put in His own authority. But you shall receive power when the Holy Spirit has come upon you; and you shall be witnesses to Me in Jerusalem, and in all Judea and Samaria, and to the end of the earth.””
Acts 1:7-8 NKJV

Have a blessed Sunday! 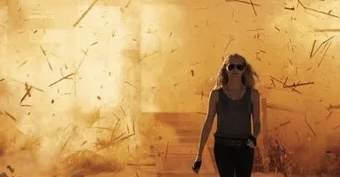 One thought on “Singleminded”