““I came to send fire on the earth, and how I wish it were already kindled! But I have a baptism to be baptized with, and how distressed I am till it is accomplished! Do you suppose that I came to give peace on earth? I tell you, not at all, but rather division. For from now on five in one house will be divided: three against two, and two against three. Father will be divided against son and son against father, mother against daughter and daughter against mother, mother-in-law against her daughter-in-law and daughter-in-law against her mother-in-law.””
‭‭Luke‬ ‭12:49-53‬ ‭NKJV‬‬

We are living in a divided nation, where son is against father, mother against daughter, and so on. We are divided over politics, over cultures, we are disparate people, divided nation against nation. Even in the church, there is a great divide, becoming ever deeper, as liberals, conservatives, progressives, modernists, Neo evangelicals, fundamentalists, and a host of others via for the high ground, seeking standing as the true representatives of God.

All of this is coming at a time when there is a desire to bring about a unity of belief that transcends a given faith tradition, and is inclusive, global, one worldly. The one world religion of the end times.

Rereading Luke for the umpteenth time, I found myself on this familiar passage that talks about the divisive nature of the Gospel of Jesus Christ. I have learned that if one is faithful to the word of God, and eschews extra biblical materials and sources, opting instead to read the Scriptures and do as it says, one will find that they are very much alone.

In my spiritual walk, I have had a tendency to focus on the Scriptures above all else. I have little use for books about God, but instead, seek the direct truth found only in His divinely inspired word.

As a result of my effort to have constant, conscious, contact with the mind of God through the Scriptures, I have found that my circle of friends has gotten smaller. For many of them, I have become just a little too weird.

Representing Jesus will get you into trouble.

““Now brother will deliver up brother to death, and a father his child; and children will rise up against parents and cause them to be put to death. And you will be hated by all for My name’s sake. But he who endures to the end will be saved.”
Matthew 10:21-22 NKJV

There is great temptation to give into the desire to fit in with he world, and adopt beliefs that do not run into opposition, but as a follower of Jesus, we are only to please but One: our Lord and Savior.

Brothers and sisters, as we move toward the times shortly to come, we will all placed at a point of decision: do we stand on the word of God, or do we seek to follow something else.

We are living in a world full of idols, and opportunities to run from God toward other gods. There are many that seek “new perspectives” to look back at the others in the faith, who have gone before us, seeking to find some opening, or reasoning, that allows them to proceed with unchecked sin.

The lost world needs the truth, the unvarnished reality that hell is real, that Jesus went to the cross to pay for our sins, and that the word of God is true.

“for all have sinned and fall short of the glory of God,”
Romans 3:23 NKJV

“For the wages of sin is death, but the gift of God is eternal life in Christ Jesus our Lord.”
Romans 6:23 NKJV

This simple message of truth is facing opposition like never before. May we be bold and faithful to bring the message, even in the face of rejection. All that we are seeing in this world are signs for us, as we are being alerted to the brevity of remaining time.

Go out my beloveds, and preach the Gospel!

“I charge you therefore before God and the Lord Jesus Christ, who will judge the living and the dead at His appearing and His kingdom: Preach the word! Be ready in season and out of season. Convince, rebuke, exhort, with all longsuffering and teaching. For the time will come when they will not endure sound doctrine, but according to their own desires, because they have itching ears, they will heap up for themselves teachers; and they will turn their ears away from the truth, and be turned aside to fables.”
II Timothy 4:1-4 NKJV 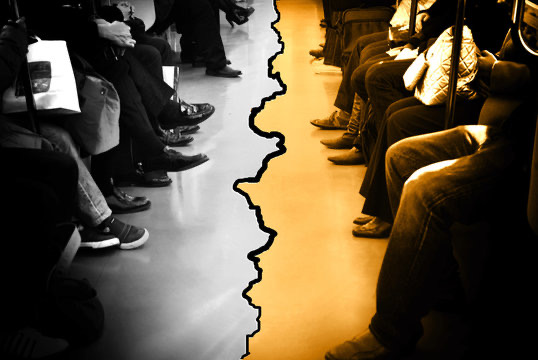