“This is the testimony of John, when the Jews sent to him priests and Levites from Jerusalem to ask him, “Who are you?” And he confessed and did not deny, but confessed, “I am not the Christ.” They asked him, “What then? Are you Elijah?” And he *said, “I am not.” “Are you the Prophet?” And he answered, “No.” Then they said to him, “Who are you, so that we may give an answer to those who sent us? What do you say about yourself?” He said, “I am A VOICE OF ONE CRYING IN THE WILDERNESS, ‘M AKE STRAIGHT THE WAY OF THE LORD,’ as Isaiah the prophet said.””
‭‭John‬ ‭1:19-23‬ ‭NASB‬‬

Before John the Baptist came on the scene, the status quo was the norm for the faith community in Israel. People went about their spiritual routines by habit and obligation. There was no passion, no real conviction and little real presence of God. Faith was not tested, and people simply hurried about, giving little attention to matters of faith.

When John appeared, the status quo was threatened. Suddenly, there was a real need to assess the true depth of faith in those who held the office of spiritual leader and all those living in faith through them. God used him to prepare the way for One who would come after and shake the world. John got their attention.

The atmosphere of that time is not that different than now. Modern Christianity has become an institution for the most part. All attention is paid to the programs, the churches and all the things that make up what we consider faith.

I was very much a modern day Pharisee in my early days as a believer in Jesus. I focused on the stuff of the faith and allowed complacency to rule in my heart as I approached my faith walk as routine and obligation. There was a focus on performance as I served in ministry, and made my self busy in Christ. Much of the time I was driven by the notion that I could “fake it until I could make it.” I was surrounded by many who were doing the same.

Then crisis entered my life. Different situations and incidents occurred that pushed me out of complacency and into a place where I had to have a genuine faith, and not merely a religiosity that made me feel warm and fuzzy, but did not bring me closer to the God of my salvation.

Pain and struggle cleared the paths and made them straight, as so many things that I had relied on were now gone. I had no power, nothing to hang onto and my routines were blown asunder. I needed a genuine faith, a genuine relationship with Jesus that had no fixed method, or routine. All limits were set aside as I now sought the Lord on His terms.

I think the crisis that the world is in is like the appearance of John the Baptist arriving on the scene to shake up the establishment. Just like that, the churches were shuttered. Gone is the convenience of walking into a building, sitting in a pew and checking out. The status quo is gone.

There is a big virus spreading and it threatens to not only infect the body, but the spirit of humanity. It demands the full attention of everyone, as people are captivated by the constantly changing, and frequently worsening progress of the disease.

Now is the time to focus on the Lord. He is the Sovereign God, who has control of everything. There is little familiar for the Christian to look to, for the status quo is gone.

God has made me an old hand at crisis, as the last twenty years has been trial after trial. For so many, this is a new thing, a new reality. Look to Jesus right now. He has given many of you the time to really get to know Him. Open the bible and begin to read.

As the darkness grows even darker, look to Him. There is great danger in focusing on the situation and missing the seemingly small flicker of the light of God. Depression and despair fill the heart.

Like a match stick in a dark room, the more one focuses on the light it seems brighter. As you draw close, the light becomes all you see. Be concerned, but do not fear.

I can tell you with every fiber of my being that He is there. He has carried me day, by glorious day. Use this time, where our paths have been made straight, and our lives less cluttered, to seek God. We may never have a time like this again.

May this be the time that we remember when a virus sparked the greatest revival that shook the world!

It is time for revival! 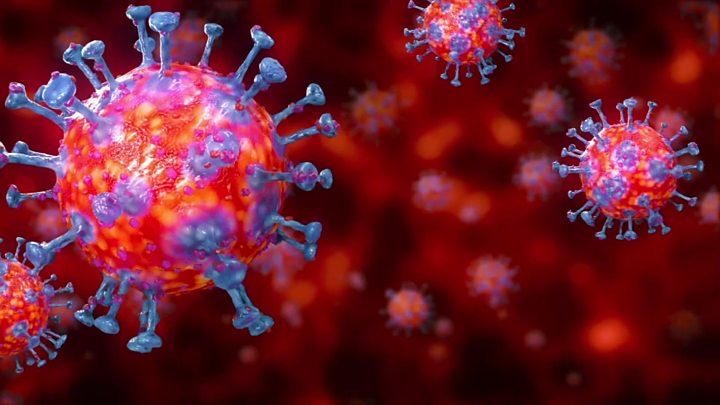