“So Abraham took the wood of the burnt offering and laid it on Isaac his son; and he took the fire in his hand, and a knife, and the two of them went together. But Isaac spoke to Abraham his father and said, “My father!” And he said, “Here I am, my son.” Then he said, “Look, the fire and the wood, but where is the lamb for a burnt offering?” And Abraham said, “My son, God will provide for Himself the lamb for a burnt offering.” So the two of them went together. Then they came to the place of which God had told him. And Abraham built an altar there and placed the wood in order; and he bound Isaac his son and laid him on the altar, upon the wood. And Abraham stretched out his hand and took the knife to slay his son. But the Angel of the Lord called to him from heaven and said, “Abraham, Abraham!” So he said, “Here I am.” And He said, “Do not lay your hand on the lad, or do anything to him; for now I know that you fear God, since you have not withheld your son, your only son, from Me.” Then Abraham lifted his eyes and looked, and there behind him was a ram caught in a thicket by its horns. So Abraham went and took the ram, and offered it up for a burnt offering instead of his son.”
‭‭Genesis‬ ‭22:6-13‬ ‭NKJV‬‬

One of the joys of reading through the bible, is having the opportunity to examine the bedrocks of the Christian faith. The account of Abraham and Isaac ascending Mount Moriah, and Abraham’s test of faith. It is the foundation of the Christian faith, as one man was willing to sacrifice his son. It is also a foreshadowing of what God would do with His Son Jesus, thousands of years later on what many believe to be the same spot.

It all causes me to reflect on the this great salvation that has changed my life, and is transforming my heart.

There are so many glimpses of the crucifixion to come, as Abraham laid his one and only son on the wood. Bear in mind, that Abraham was by this time a very old man, and Isaac likely around 30 years of age. Isaac willingly went to the wood, laying himself down, creating a pattern foreshadowing Jesus who willingly went to the cross for the sins of the world.

This is a story about obedience: the obedience of father, to the Heavenly Father, and the obedience of a son to his father, foreshadowing the obedience of Jesus, the Son of God. Abraham knew that God was faithful, as he assured those who had accompanied them that both of them would return. He had come to know the heart of the Lord.

“Then on the third day Abraham lifted his eyes and saw the place afar off. And Abraham said to his young men, “Stay here with the donkey; the lad and I will go yonder and worship, and we will come back to you.””
Genesis 22:4-5 NKJV

His faith was complete. From the moment that God had commanded him, he did not question. At that very moment, his son was as good as dead. He was going to complete the command. He did not favor. I say this, because God is omniscient, knowing Abraham’s heart. There were no hidden motives or secret plans.

God had indeed provided for Himself a sacrifice. I like the way the King James phrases it:

“And Abraham said, My son, God will provide himself a lamb for a burnt offering: so they went both of them together.”
Genesis 22:8 KJV

God the Son, from the foundation of creation was ordained to come to earth, live a sinless life, and die for the sins of the world. Before Adam and Eve sinned, before there was even a need, it was decided. In the fulness of time, Jesus would go to the cross, and complete His sacrifice.

God shows us His faithfulness through the types and shadows. The ram that He provided was caught in a thicket, a tangle of bushes and trees, that often have thorns. Our Lord Jesus had a crown of thorns thrust upon Him.

I could very easily spend my days streaming and doing things that appeal to my desires, but I instead, focus on serving the Lord. I provide a sacrifice of service and praise to my Lord. And like Abraham I have been blessed.

Because of Abraham’s obedience, we are numbered amongst the stars in heaven that the Lord showed him. We are the fulfillment of that glorious moment. And the Lord is not done yet.

“Then the Angel of the Lord called to Abraham a second time out of heaven, and said: “By Myself I have sworn, says the Lord, because you have done this thing, and have not withheld your son, your only son— blessing I will bless you, and multiplying I will multiply your descendants as the stars of the heaven and as the sand which is on the seashore; and your descendants shall possess the gate of their enemies. In your seed all the nations of the earth shall be blessed, because you have obeyed My voice.””
Genesis 22:15-18 NKJV

We too have been given a command: to go into all the world and share the Gospel. For many this is as grave as the command to Abraham, as those in for off lands, where Christianity is not the majority religion, face danger each day. Yet they still shine the light.

Brothers and sisters, it is getting more difficult to spread the message of the God/Man who split time, as our world is running out of time. Let us be bold and obedient to the One who gave Himself for us. 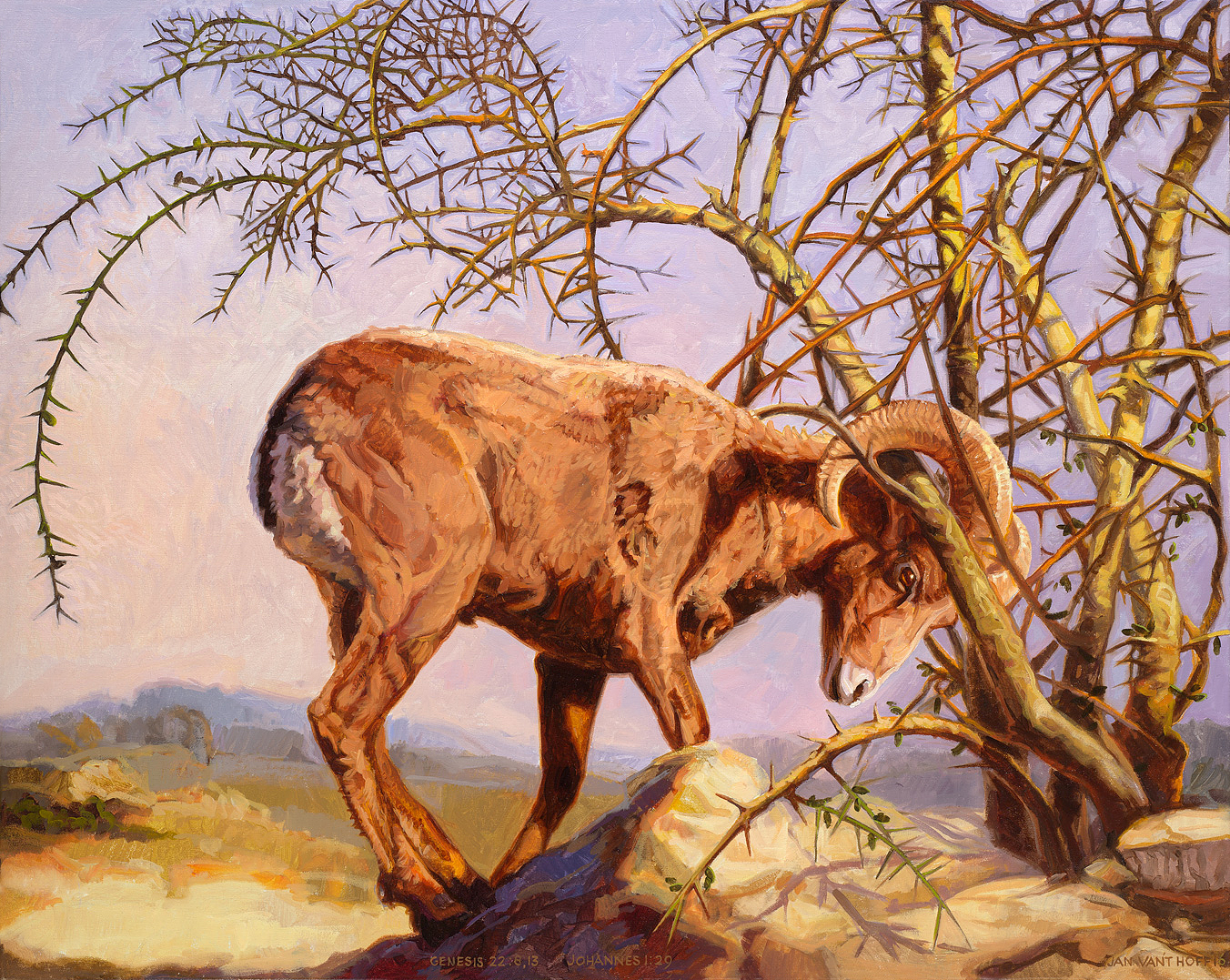