“Now some of the elders of Israel came to me and sat before me. And the word of the Lord came to me, saying, “Son of man, these men have set up their idols in their hearts, and put before them that which causes them to stumble into iniquity. Should I let Myself be inquired of at all by them? “Therefore speak to them, and say to them, ‘Thus says the Lord God: “Everyone of the house of Israel who sets up his idols in his heart, and puts before him what causes him to stumble into iniquity, and then comes to the prophet, I the Lord will answer him who comes, according to the multitude of his idols, that I may seize the house of Israel by their heart, because they are all estranged from Me by their idols.” ’”
‭‭Ezekiel‬ ‭14:1-5‬ ‭NKJV‬‬

If my life has taught me anything, it is to go to God first. When I encounter a hurdle, a stumbling block, I turn to the Lord in prayer, because I have learned that He is more than able and are of what I need long before I even know. In the beginning of my walk of faith, I set about looking for alternative solutions, helps, or idols.

I relied on those things that I thought could deliver me, and time and time again, I found that they idols that I ad erected and sought help from failed me. Then in my frustration, I would turn to God. I often wondered if the Lord even heard me.

Reading in Exekiel chapter 14, I got a sense of the perspective of God, as the elders of Israel met with Ezekiel to inquire of the Lord. They had erected idols in their hearts, that is to say, they had turned their hearts away from the One True God, and toward man made gods who offered no real solutions. As a result they had fallen into sin.

““Son of man, these men have set up their idols in their hearts, and put before them that which causes them to stumble into iniquity. Should I let Myself be inquired of at all by them?”
Ezekiel 14:3 NKJV

I wonder if the Lord feels the way about us, as we go after a myriad of other solutions, opting to seek God only when all else has failed. I think of all the “Christians” who dive headlong into politics, thinking that some elected official or appointed judge can bring about legal solutions to supernatural problems.

Like the idols in Ezekiel’s time, our political idols fail, and we run to God to “heal our nation” as everything falls down around their ears. Like them, we find ourselves caught in iniquity, because our values are mutated due to our reliance on flesh and blood and not God.

One of the sad realities that I am confronted with is the reality that if we had made the spreading of the Gospel our priority in the beginning, we would have the world that we desire. Nations would be transformed, one soul at a time, and as the faith reached critical mass, so would the greater world.

We cry out as our world erodes around us, as the moral state of affairs reflects a godless world, where the name of Jesus is a swear word.

““Therefore say to the house of Israel, ‘Thus says the Lord God: “Repent, turn away from your idols, and turn your faces away from all your abominations. For anyone of the house of Israel, or of the strangers who dwell in Israel, who separates himself from Me and sets up his idols in his heart and puts before him what causes him to stumble into iniquity, then comes to a prophet to inquire of him concerning Me, I the Lord will answer him by Myself. I will set My face against that man and make him a sign and a proverb, and I will cut him off from the midst of My people. Then you shall know that I am the Lord.”
Ezekiel 14:6-8 NKJV

Brothers and sisters, it is time for that great revival. I do not mean a vast movement of people coming into the faith, but a revival of the souls of those in the household of God. We have gone to sleep and too many of us are looking for loopholes where we can harbor our personal sins.

Instead of asking what we must I do to be saved, we ask what can I do and still be saved.

In our iniquities, we are watched by the world that diseases the Gospel that we are supposed to stand for and consider their own idols as just as valid, leading to the refrain: Good As You.

It is time to turn to God from our idols, as many souls are in the balance. The devil knows his time is short, and He is making his move right now. He has distorted the church with politics, leaving souls open for the picking. Pray that we awaken from our false worship and return to the Lord.

We are nearing a time when those who have chosen to worship false idols, will be sealed in the worship, as a strong delusion will overcome the world.

““Behold, I am coming quickly! Blessed is he who keeps the words of the prophecy of this book.” 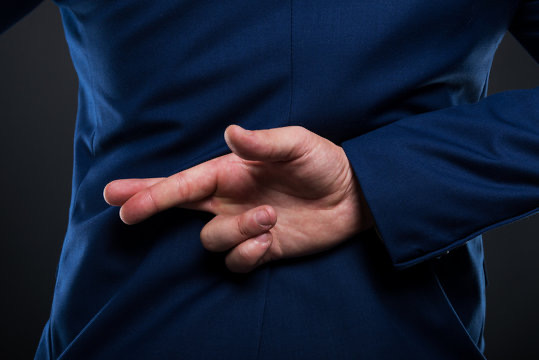 One thought on “God?”