“For the grace of God that brings salvation has appeared to all men, teaching us that, denying ungodliness and worldly lusts, we should live soberly, righteously, and godly in the present age, looking for the blessed hope and glorious appearing of our great God and Savior Jesus Christ, who gave Himself for us, that He might redeem us from every lawless deed and purify for Himself His own special people, zealous for good works. Speak these things, exhort, and rebuke with all authority. Let no one despise you.”
‭‭Titus‬ ‭2:11-15‬ ‭NKJV‬‬

We are in a time when there are so many things that can take our eyes off the ball. In church, the focus should be Jesus, the author and finisher of our faith, the one who went to the cross for us and died for our sins. Through His resurrection we who were condemned by sin can have new life, completely forgiven.

Sadly the church has become a place of mislaid attention, as so many things have entered in. It is become the spectacle, the focus, as attention is placed on all the superficial attributes of the institution and God is not the true focus of worship.

Some found themselves caught in deconstruction, seeking to unravel the what and why they believe, not based on the person of Jesus, but on their particular denominations take on the faith. With all the turmoil, many find themselves losing hope, and feeling as if the whole exercise is futile.

Paul wrote his pastoral epistle to Titus in the hope of assisting the young pastor in succeeding in his ministry. Titus had a tough assignment in Crete, as the people were of ignoble reputation. He had to deal with deep patterns of sin and social behavior that added to the work of spreading the Gospel and disciple making.

In chapter two, Paul reminds Titus of the driving force behind the work, and offered an encouragement. In many ways, we who follow Christ today are in similar circumstances, as we face a culture that is ignoble and increasingly extreme. The basic values have so been mutated that it is hard to know instinctively what is right and what is wrong.

“Professing to be wise, they became fools, and changed the glory of the incorruptible God into an image made like corruptible man—and birds and four-footed animals and creeping things. Therefore God also gave them up to uncleanness, in the lusts of their hearts, to dishonor their bodies among themselves, who exchanged the truth of God for the lie, and worshiped and served the creature rather than the Creator, who is blessed forever. Amen.”
‭‭Romans‬ ‭1:22-25‬ ‭NKJV‬‬

Though the work is hard, and though it can seem hopeless, it will become even worse. There is no bottom when it comes to wickedness. Still we must be about the work. In the coming months and perhaps, years, we must be steadfast to present the truth of God’s word, that the message of the Gospel be focused like a laser beam, as it cuts into the stony hearts of those hardened by sin.

Simplicity will rule the day, as denominational beliefs, and church based mores and practices, must yield to the simple truth of the Gospel, the essential core that tells of Jesus, the God/Man coming to live as one of us, living a sinless life, being rejected by most, tried, framed, and crucified for our sins.

What is needed is the organic belief, the simple and generic truth of the Good News.

“Moreover, brethren, I declare to you the gospel which I preached to you, which also you received and in which you stand, by which also you are saved, if you hold fast that word which I preached to you—unless you believed in vain. For I delivered to you first of all that which I also received: that Christ died for our sins according to the Scriptures, and that He was buried, and that He rose again the third day according to the Scriptures, and that He was seen by Cephas, then by the twelve. After that He was seen by over five hundred brethren at once, of whom the greater part remain to the present, but some have fallen asleep.”
‭‭I Corinthians‬ ‭15:1-6‬ ‭NKJV‬‬

We are a world full of hard people, and only the simple truth can have the power to pierce through. I often feel as though I have been given a great advantage, in that I did not grow up in a denomination, that I have no baggage to color my perception of Jesus. I have no concern for the may things are done, I only desire Jesus.

It is about my intimate relationship, and not about my church membership. I have often told others, that my time each morning with the Lord glorious and far more meaningful and satisfying than my time I have ever spent in church. There is a place for meeting with the saints, as it is proving ground, the place where the Lord brings refinement and brings about sanctification.

Brothers and sisters, let us focus on the hope that we have in Jesus, making Him the primary thing. Let us not be distracted by petty conflicts, endless reevaluation of denominational beliefs, but instead consider Jesus.

Let us spend more time with Him, seeking deeper intimacy with Jesus, and not caught up in the framework of the institution in which we approach God.

“Therefore we also, since we are surrounded by so great a cloud of witnesses, let us lay aside every weight, and the sin which so easily ensnares us, and let us run with endurance the race that is set before us, looking unto Jesus, the author and finisher of our faith, who for the joy that was set before Him endured the cross, despising the shame, and has sat down at the right hand of the throne of God. For whom the Lord loves He chastens, And scourges every son whom He receives.””
‭‭Hebrews‬ ‭12:1-2, 6‬ ‭NKJV‬‬ 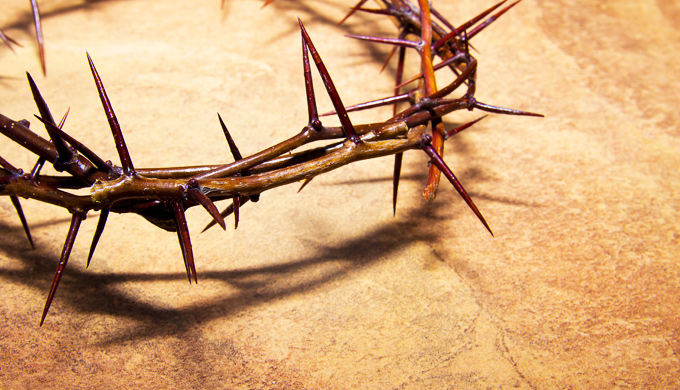