“Then the king of Babylon killed the sons of Zedekiah before his eyes in Riblah; the king of Babylon also killed all the nobles of Judah. Moreover he put out Zedekiah’s eyes, and bound him with bronze fetters to carry him off to Babylon. And the Chaldeans burned the king’s house and the houses of the people with fire, and broke down the walls of Jerusalem. Then Nebuzaradan the captain of the guard carried away captive to Babylon the remnant of the people who remained in the city and those who defected to him, with the rest of the people who remained. But Nebuzaradan the captain of the guard left in the land of Judah the poor people, who had nothing, and gave them vineyards and fields at the same time.”
‭‭Jeremiah‬ ‭39:6-10‬ ‭NKJV‬‬

We are in a time of reckoning, as the natural world is groaning loudly because of the sin of man. As things become difficult, the poor are suffering more than anyone else. I watched this week, a group of men in Nigeria dig a well. They worked in high heat, using simple tools such as a man made scoop, digging away every inch by hand. By the end, they had dug down 27 feet before finally striking water.

Nigeria used to have such droughts every ten years, but now they occur ever other year, and seem to be getting longer. It will not be long before the droughts are ongoing, and it will be next to impossible for life to exist. The people I watched were poor people, stuck in the reality they are in, and unable to simply pick up and leave.

I sit in my air conditioned living room, fresh water a turn of a spigot away, and I feel the guilt, the shame of living in a society where plenty has made us heartless. In our comfort, we disbelieve in climate change, or any of the ills befalling the poor.

We are also seeing the gap between the rich and the poor widen exponentially, as rich keep getting richer, and the poor poorer, creating the instability that is shaking our country. The pandemic has brought all these things to the surface, and served to bare our hearts, that our true selves shine forth.

This morning I read of the fall of Jerusalem, as Nebuchadnezzar conquered King Zedekiah, slaughtered his sons, and the nobles. He killed the power structure, the people who had the greatest influence on the lives of the people, for good or evil. Nebuchadnezzar razed the walls of the great city and burned the houses.

What came next shocked me:

“But Nebuzaradan the captain of the guard left in the land of Judah the poor people, who had nothing, and gave them vineyards and fields at the same time.”

Suddenly, it dawned on me: the fall of Jerusalem was a foreshadowing of what the Lord Jesus will do when He comes again. I found myself considering how the world treats the poor. I further considered how important the poor are to the heart of God.

““The Spirit of the Lord God is upon Me, Because the Lord has anointed Me To preach good tidings to the poor; He has sent Me to heal the brokenhearted, To proclaim liberty to the captives, And the opening of the prison to those who are bound;”
‭‭Isaiah‬ ‭61:1‬ ‭NKJV‬‬

The poor are mentioned 197 times in the Bible, and in every case the need to care for them is the primary emphasis.

As I have read the Bible these many years, it has been clear to me that God loves poor people. When on considers the evils of the world, those who have plenty, have plenty of blame, and those who have little, do little damage. Sadly, those on the bottom bear the burden and the consequences of sin.

Those of us who are observing the seasons, sense that something is coming. So many things are happening that point to seismic change around the corner. We all wonder what shape it will have, what will happen, who will be affected. I suspect that how we treat the poor will be a significant influence on the judgement to come.

It gives me pause to consider if we who call upon the name of the Lord have the heart of God, and do we really have a concern for the poor.

In the current spiritual sphere, the poor are in a difficult place. Those who consider themselves conservative and Christian, revile them, marginalize them and campaign vigorously for cuts to programs that can bring relief. We claim to represent the Lord, but we do not have His heart for the poor. We seldom go and tell them of the love of Jesus.

Then there are the liberal or progressive Christians, who are all about taking care of the poor, but are absent when it comes to telling the poor about Jesus’ penal-substitutionary death on the cross, about the destructiveness of sin, and the need for forgiveness. They send the poor to hell comforted and fed.

Brothers and sisters, we have been given the gift of salvation. Jesus came to save the spiritually poor, people lost who cannot save themselves. Let us remember that we bring nothing to the act of salvation.

“For by grace you have been saved through faith, and that not of yourselves; it is the gift of God, not of works, lest anyone should boast.”
‭‭Ephesians‬ ‭2:8-9‬ ‭NKJV‬‬

Let us look upon ourselves, not has having plenty, but having nothing. Let us consider our true state as sinners, that we deep the blessings of that understanding.

When I consider the above passage, I do not see people on top of the world, I do not see people who have it all together, but I do see poor people, needy and relying on the Lord. The economy of God is different than ours. He considers humanity from the bottom up, and I suspect judgement will come from the top down.

May we be people who consider the poor.

Judgement is coming. Whether it be the Bema seat, or the Great White Throne, there is a reckoning coming. We who believe focus on the rewards we will get, but I focus on the tears I will shed as I look upon the things I did to bring dishonor to the name of the Jesus, and the things I failed to do when I knew I ought. I pray daily that I have the heart of Jesus.

Reconsider today what you think about those who have less than you. God has blessed you to be blessing to them, just as He saved you to share the blessing of the Gospel.

““When the Son of Man comes in His glory, and all the holy angels with Him, then He will sit on the throne of His glory. All the nations will be gathered before Him, and He will separate them one from another, as a shepherd divides his sheep from the goats. And He will set the sheep on His right hand, but the goats on the left. Then the King will say to those on His right hand, ‘Come, you blessed of My Father, inherit the kingdom prepared for you from the foundation of the world: for I was hungry and you gave Me food; I was thirsty and you gave Me drink; I was a stranger and you took Me in; I was naked and you clothed Me; I was sick and you visited Me; I was in prison and you came to Me.’ “Then the righteous will answer Him, saying, ‘Lord, when did we see You hungry and feed You, or thirsty and give You drink? When did we see You a stranger and take You in, or naked and clothe You? Or when did we see You sick, or in prison, and come to You?’ And the King will answer and say to them, ‘Assuredly, I say to you, inasmuch as you did it to one of the least of these My brethren, you did it to Me.’”
‭‭Matthew‬ ‭25:31-40‬ ‭NKJV‬‬ 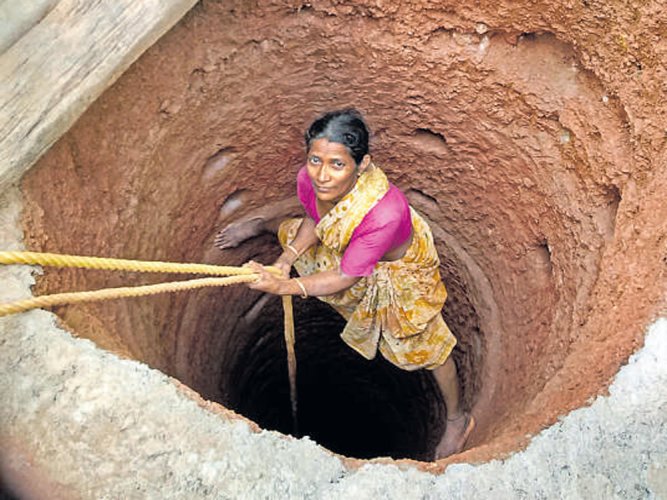 One thought on “Poor”