“Now godliness with contentment is great gain. For we brought nothing into this world, and it is certain we can carry nothing out. And having food and clothing, with these we shall be content. But those who desire to be rich fall into temptation and a snare, and into many foolish and harmful lusts which drown men in destruction and perdition. For the love of money is a root of all kinds of evil, for which some have strayed from the faith in their greediness, and pierced themselves through with many sorrows.”
‭‭I Timothy‬ ‭6:6-10‬ ‭NKJV‬‬

If I had to point to the major force driving our world, it is the pursuit and the keeping of stuff. Don’t get me wrong, I do not mean that one should not have possessions, or even have nice things. What I see, though, are people who become so enamored of a way of life, that they perceive anything that does not contribute to the acquisition of more stuff as a threat.

We also guard our stuff from others, and place borders around our hearts, separating us from those whom the Lord sent us to go and tell, that they be saved by the blood of the Lamb.

In a all to real sense, the pursuit of stuff, has become in itself an idol, as people diligently plan to increase their incomes so that they can have more money to buy more stuff. The become ruled by what they own, and what having it says about them.

“Then He spoke a parable to them, saying: “The ground of a certain rich man yielded plentifully. And he thought within himself, saying, ‘What shall I do, since I have no room to store my crops?’ So he said, ‘I will do this: I will pull down my barns and build greater, and there I will store all my crops and my goods. And I will say to my soul, “Soul, you have many goods laid up for many years; take your ease; eat, drink, and be merry.” ’ But God said to him, ‘Fool! This night your soul will be required of you; then whose will those things be which you have provided?’ “So is he who lays up treasure for himself, and is not rich toward God.””
‭‭Luke‬ ‭12:16-21‬ ‭NKJV‬‬

The rich man thought that he could keep his stuff forever, and that he would be around to enjoy it.

I like the lesson in I Timothy six, I read this morning. I was reminded of the need for contentment. There was a time in my life when I had to have the latest and greatest electronics. I used to go out and buy a new phone every six months. There were many other things that I spent much money on, as I was never content and wanted more.

Becoming disabled was a wake up call for me. Suddenly, I used phones for three or four years, and I have learned to make do with what I have. Contentment has been enforced into my life, out of necessity, but I have discovered a great peace.

What I do own, I have dedicated to the service of my Lord. My stuff are tools for the kingdom.

The Lord has blessed me, as I have never gone hungry, never not had a roof over my head, and every need has been met. As each day passes, I have peace.

I have also discovered that I am more generous. I often give things away that I have no use for. There was a time when I would have tried to sell items, but now I try to be a blessing to others. That charity extends to my sharing of the message of Christ’s death on the cross, of His burial and resurrection, bringing salvation to all those who believe.

In sharing the Good News, my contentment is magnified.

Brothers and sisters, let us seek contentment, the enjoyment of the Lord’s provision. Let us not be caught up in striving. In the striving we can find ourselves setting ourselves apart from those who have little, and failing to fulfill the mission the Lord has set before us. We are in a time when the world is coming to us.

There are so many people who are coming to America. Many thousands of immigrants are trying to get into the country, to find a better way of life. Some are seeking safety, as the places from which they come, have become unsafe and many of them are under threat of death.

May we welcome them with open arms. The Lord is bringing the mission field to us, as we are saved to reach the world with the Gospel.

“‘And if a stranger dwells with you in your land, you shall not mistreat him. The stranger who dwells among you shall be to you as one born among you, and you shall love him as yourself; for you were strangers in the land of Egypt: I am the Lord your God.”
‭‭Leviticus‬ ‭19:33-34‬ ‭NKJV‬‬

“Then the King will say to those on His right hand, ‘Come, you blessed of My Father, inherit the kingdom prepared for you from the foundation of the world: for I was hungry and you gave Me food; I was thirsty and you gave Me drink; I was a stranger and you took Me in; I was naked and you clothed Me; I was sick and you visited Me; I was in prison and you came to Me.’”
‭‭Matthew‬ ‭25:34-36‬ ‭NKJV‬‬

I am always saddened when I hear of those saved by the blood of Jesus, clamoring for the shutting down of borders, to keep the strangers out. Our Lord Jesus went to the cross, to save we gentile believers. We were outsiders, bound for hell, and God showed grace upon us, grafting us into the olive tree.

“Therefore remember that you, once Gentiles in the flesh—who are called Uncircumcision by what is called the Circumcision made in the flesh by hands— that at that time you were without Christ, being aliens from the commonwealth of Israel and strangers from the covenants of promise, having no hope and without God in the world. But now in Christ Jesus you who once were far off have been brought near by the blood of Christ.”
‭‭Ephesians‬ ‭2:11-13‬ ‭NKJV‬‬

We were strangers, barred from Heaven, but brought near through Jesus Christ. God could have sought to preserve the stuff for only His chosen people, but He opened up the treasury of riches to bless we who were strangers, but now in the Beloved.

Jesus told us to go into all the world. He is bringing the world to us. 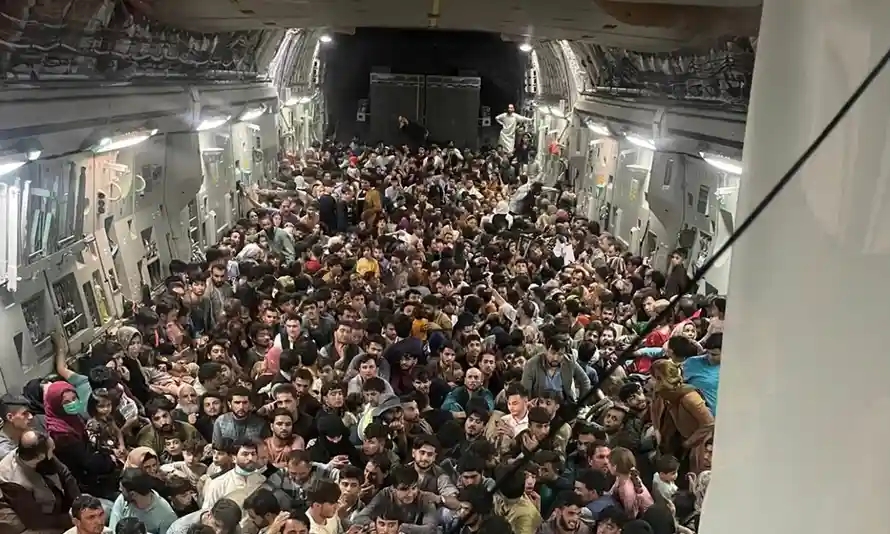