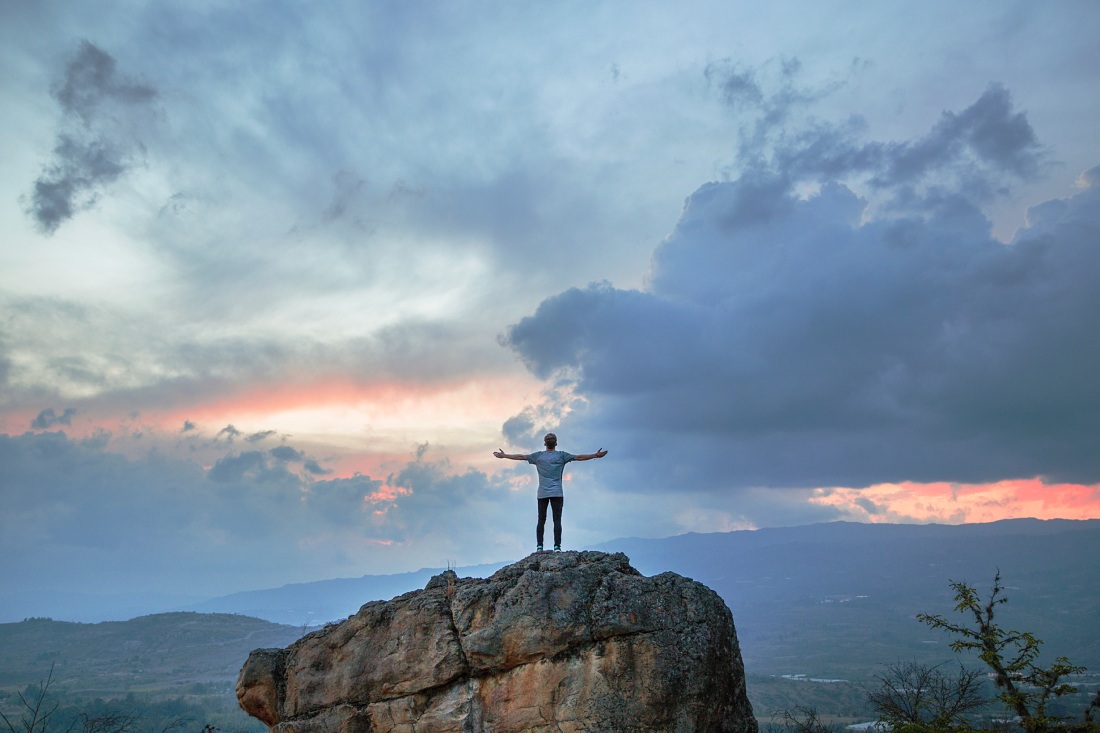 “Then Jehoshaphat his son reigned in his place, and strengthened himself against Israel. And he placed troops in all the fortified cities of Judah, and set garrisons in the land of Judah and in the cities of Ephraim which Asa his father had taken. Now the Lord was with Jehoshaphat, because he walked in the former ways of his father David; he did not seek the Baals, but sought the God of his father, and walked in His commandments and not according to the acts of Israel. Therefore the Lord established the kingdom in his hand; and all Judah gave presents to Jehoshaphat, and he had riches and honor in abundance. And his heart took delight in the ways of the Lord; moreover he removed the high places and wooden images from Judah.”
‭‭II Chronicles‬ ‭17:1-6‬ ‭NKJV‬‬

We are living in a time when leaders around the world are having a huge impact on the lives of many. They make decisions based on the pursuit of appetites, and not the common good. To say that there are ulterior motives is an understatement. Most are doing the bidding of corporate interests, bent on increasing profits on the backs of working people.

All too often, people professing to know Christ, behave the same as the world, causing the Gospel message they were saved to take to the world to have no effect.

This morning, I read of Jehoshaphat, son of Abijah, who like his father, worshipped God and led his people according to the Lord’s will. In his devotion to the word of God, his kingdom was established, and he received all the rewards, such as riches and great power to the glory of God.

One of the sad realities today, is the values of the world creeping into the church. Few pastors and churches are propelled by the singleminded desire to glorify God. They function only to build wealth and power, to enrich the coffers and the bank accounts of those who say they are here to serve the Lord.

As a result, those in leadership are more concerned with keeping the pews full, thus keeping their money rolling in. There is little though of preaching challenging sermons, for fear that people might be offended as their sins are exposed. Few in pews are established in the faith.

The pastor holds back and does not preach the full counsel of God. People need to hear the truth, especially in these perilous times. Those who believe need to have a precise picture of who God is and what is expected, as the lines have become blurred between the Church and the world. The job of the pastor is to mark the lines of separation.

“I charge you therefore before God and the Lord Jesus Christ, who will judge the living and the dead at His appearing and His kingdom: Preach the word! Be ready in season and out of season. Convince, rebuke, exhort, with all longsuffering and teaching. For the time will come when they will not endure sound doctrine, but according to their own desires, because they have itching ears, they will heap up for themselves teachers; and they will turn their ears away from the truth, and be turned aside to fables. But you be watchful in all things, endure afflictions, do the work of an evangelist, fulfill your ministry.”
‭‭II Timothy‬ ‭4:1-5‬ ‭NKJV‬‬

Brothers and sisters, we are called to be a “peculiar” people set apart from the world, to tell the world about Jesus, and the great salvation He has purchased with His blood on the cross. Likewise, those who lead must lead as Christians.

We must live differently than the world, and as we do, God will establish us for the good of the Gospel. I have learned that my life is so much easier than when I am walking according to the world. The benefit is the peace that I feel, the calm even in the storm. I am reminded of my status in Christ, of what He has done for me.

“But you are a chosen generation, a royal priesthood, a holy nation, His own special people, that you may proclaim the praises of Him who called you out of darkness into His marvelous light; who once were not a people but are now the people of God, who had not obtained mercy but now have obtained mercy.

Beloved, I beg you as sojourners and pilgrims, abstain from fleshly lusts which war against the soul, having your conduct honorable among the Gentiles, that when they speak against you as evildoers, they may, by your good works which they observe, glorify God in the day of visitation.”
‭‭I Peter‬ ‭2:9-12‬ ‭NKJV‬‬

I abstain from the things that cast a shadow on my testimony, and only do those things that show the glory of God.

If you are in a place of influence, it is important that you reflect Jesus in all that you do. Many souls are in the balance, and many of those are looking for a reason to say no to God. We are witnessing in every part of our lives, whether we are the ones who lead, or the ones who follow.

“Bondservants, be obedient to those who are your masters according to the flesh, with fear and trembling, in sincerity of heart, as to Christ; not with eyeservice, as men-pleasers, but as bondservants of Christ, doing the will of God from the heart, with goodwill doing service, as to the Lord, and not to men, knowing that whatever good anyone does, he will receive the same from the Lord, whether he is a slave or free. And you, masters, do the same things to them, giving up threatening, knowing that your own Master also is in heaven, and there is no partiality with Him.”
‭‭Ephesians‬ ‭6:5-9‬ ‭NKJV‬‬