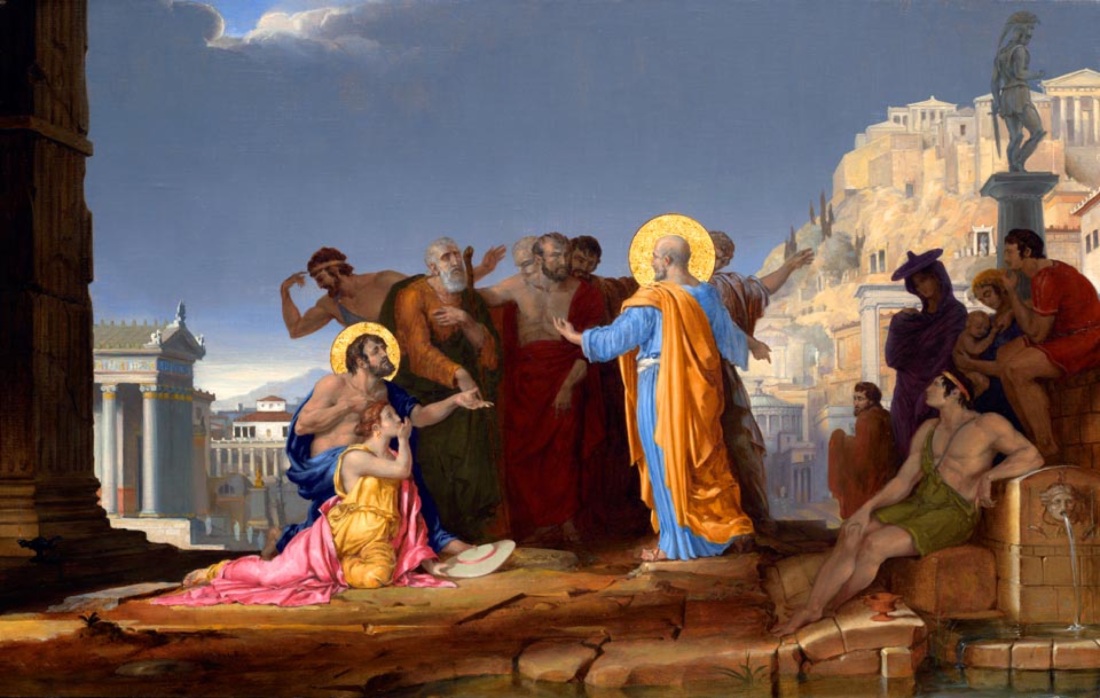 “When Silas and Timothy had come from Macedonia, Paul was compelled by the Spirit, and testified to the Jews that Jesus is the Christ. But when they opposed him and blasphemed, he shook his garments and said to them, “Your blood be upon your own heads; I am clean. From now on I will go to the Gentiles.” And he departed from there and entered the house of a certain man named Justus, one who worshiped God, whose house was next door to the synagogue. Then Crispus, the ruler of the synagogue, believed on the Lord with all his household. And many of the Corinthians, hearing, believed and were baptized. Now the Lord spoke to Paul in the night by a vision, “Do not be afraid, but speak, and do not keep silent; for I am with you, and no one will attack you to hurt you; for I have many people in this city.””
‭‭Acts‬ ‭18:5-10‬ ‭NKJV‬‬

There are times when the life of the evangelizing believer in Jesus Christ is full of toil, seemingly without fruit. My pastor, Shawn Barr is one who has worked very hard to spread the Gospel, in season and out. He goes to events, street preaching, and tirelessly shares the word of God.

In our church we have tried many things to reach the lost. Many seeds have been planted. There have been times of great promise, and the potential for a great harvest. More often than not, there is little fruit immediately apparent. Yet we persist, anyway. It is easy to feel frustrated, depressed and even dread going forth to do the work.

I was back in the book of Acts this morning, as I read of Paul in Corinth, preaching in the synagogue as was his custom. He was met with disputing and great opposition from those who did not want to hear about Jesus. Finally, there was blaspheming and Paul had enough. He shook his garments and announced that he was going to the gentiles.

“But the Lord said to him, “Go, for he is a chosen vessel of Mine to bear My name before Gentiles, kings, and the children of Israel. For I will show him how many things he must suffer for My name’s sake.””
‭‭Acts‬ ‭9:15-16‬ ‭NKJV‬‬

Even in the apparent futility of the moment, he was fulfilling the call of Jesus on his life. He had gone forth to preach the Good News to the children of Israel, he will go and preach to the gentiles, and eventually he would preach before Caesar himself.

I remember years ago there was a guy named Greg who shared the Gospel with me when I was an employee at Iowa Lutheran Hospital. I was a senior in high school, saving money for college. He was very bold in his efforts to tell people about Jesus, and many of the employees mocked him, including me. But still he persisted.

Many years later, I encountered him at a staffing for one of my clients, as I was a Workforce Development Counselor at Goodwill. He worked for another agency. He recognized me after all those years. Before the meeting, I told him: “your testimony did not come back void.” He closed his eyes for a few moments. I am sure that he was rejoicing.

In due time he will hear, “well done done, good and faithful servant.”

We do not know what God has for us and how he will use each day. As fleshly people, we are driven by accomplishment, and we like the measurable outcome. We want immediate gratification in doing the work of God. In God’s economy, He is the one who brings the harvest and saves the souls. Our job is to go and plant the seed.

Even on that day in the synagogue, when Paul must have felt defeated, the Holy Spirit was already working, tugging on and softening hardened hearts. He left the scene, but God was still there. The ruler of the synagogue and his whole household came to Christ, and many more, both Jews and gentiles came to know the Lord.

I love the passage where Jesus comforts His servant, He reminded Paul that there were many in the city who were His. It reminded me of the moment when Elijah ran from Jezabel, and encountered God on the mountain at Horeb.

“Yet I have reserved seven thousand in Israel, all whose knees have not bowed to Baal, and every mouth that has not kissed him.””
‭‭I Kings‬ ‭19:18‬ ‭NKJV‬‬

In those those moments when all seems a waste of time, and the spiritual warfare seems overwhelming, let us remember that God has the final word on the outcome of all that we do in the service of our King.

Know, that the warfare will increase as you become more effective, as the devil wants you to stop. Sometimes the attacks come from people in your own church.

I am sure Paul must have been very weary, as he had suffered much pain and beatings for the cause of Christ. But still, he persisted. He knew that Jesus was near and that he could be bold, knowing that the One he had trusted was able to carry him all the way.

“For this reason I also suffer these things; nevertheless I am not ashamed, for I know whom I have believed and am persuaded that He is able to keep what I have committed to Him until that Day.”
‭‭II Timothy‬ ‭1:12‬ ‭NKJV‬‬

Let us go boldly and share the Gospel, fearlessly, for we too know Jesus will be faithful. For all the pastors out there like Shawn, know that God knows your works and will reward on your motivation and not your numbers. He is most concerned with your desire to serve Him.

““And to the angel of the church in Philadelphia write, ‘These things says He who is holy, He who is true, “He who has the key of David, He who opens and no one shuts, and shuts and no one opens”: “I know your works. See, I have set before you an open door, and no one can shut it; for you have a little strength, have kept My word, and have not denied My name.

Because you have kept My command to persevere, I also will keep you from the hour of trial which shall come upon the whole world, to test those who dwell on the earth. Behold, I am coming quickly! Hold fast what you have, that no one may take your crown.”
‭‭Revelation‬ ‭3:7-8, 10-11‬ ‭NKJV‬‬

Let us not grow weary, my brothers and sisters, but let us persevere, seeking to serve the Lord and tell of such great salvation. Jesus died on the cross, was buried, and rose again. May that we the only thing we have to say, and I desire that it be the last thing I ever say.

“And let us not grow weary while doing good, for in due season we shall reap if we do not lose heart.”
‭‭Galatians‬ ‭6:9‬ ‭NKJV‬‬

One thought on “Weary”