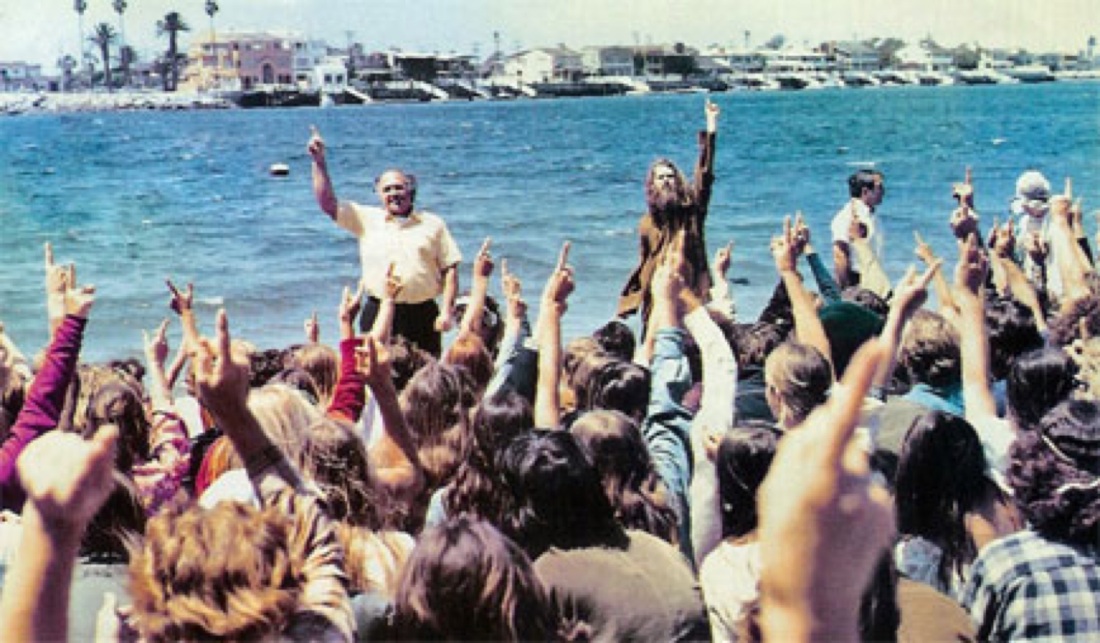 “But two men had remained in the camp: the name of one was Eldad, and the name of the other Medad. And the Spirit rested upon them. Now they were among those listed, but who had not gone out to the tabernacle; yet they prophesied in the camp. And a young man ran and told Moses, and said, “Eldad and Medad are prophesying in the camp.” So Joshua the son of Nun, Moses’ assistant, one of his choice men, answered and said, “Moses my lord, forbid them!” Then Moses said to him, “Are you zealous for my sake? Oh, that all the LORD’s people were prophets and that the LORD would put His Spirit upon them!””
‭‭Numbers‬ ‭11:26-29‬ ‭NKJV‬‬

“Now John answered Him, saying, “Teacher, we saw someone who does not follow us casting out demons in Your name, and we forbade him because he does not follow us.” But Jesus said, “Do not forbid him, for no one who works a miracle in My name can soon afterward speak evil of Me. For he who is not against us is on our side.”
‭‭Mark‬ ‭9:38-40‬ ‭NKJV

For several years I used to spend my Saturday mornings playing bingo with my sister at her care center. It was a delight for me, as my sister and I were ten years apart and had previously spent little time getting to know each other. Life circumstances had drawn us together, united by a game of bingo.

One morning, there was a lady at our table who was in the throes of dementia and had a lot of hostility. She had gained an unfortunate reputation in those latter days of her life. People were generally on guard with her, as was I. One morning, she all of sudden began to sing: “Jesus loves me,” in a sweet soft voice. I was taken aback and blessed. In the light of her situation, I could not see through to the believer within.

In my walk through Numbers, I paused in chapter eleven as I read of Moses choosing seventy men to assist him in leading the children of Israel. God was going place His Holy Spirit upon them. Moses had made his choices, then all of a sudden two men who had not been chosen began to prophecy as the Spirit of God fell upon them. Joshua saw this and informed Moses, urging him to forbid them.

As I read the passage, the story in Mark chapter nine came to mind. Like Jacob, John had encountered someone casting our demons in Jesus’ name. John forbid him because he was not one of the disciples, but Jesus corrected John. It is no minor thing if one is able to cast out demons. It requires much prayer and fasting to do such a thing, and much faith.

““Lord, have mercy on my son, for he is an epileptic and suffers severely; for he often falls into the fire and often into the water. So I brought him to Your disciples, but they could not cure him.” Then Jesus answered and said, “O faithless and perverse generation, how long shall I be with you? How long shall I bear with you? Bring him here to Me.” And Jesus rebuked the demon, and it came out of him; and the child was cured from that very hour.”
‭‭Matthew‬ ‭17:15-18‬ ‭NKJV‬‬

Even those Jesus had chosen lacked the faith, at that time, to deliver the stricken son, and they had been with Jesus. True faith does not come through association, but from dependence on God, who gives it to whom He pleases.

In the nearly two thousand years that the global church has been in existance, there have been countless branches from the Christian tree. Surely some of the branches have died, bearing no fruit, but others have flourished, resulting in many people coming to know Jesus. Even in the branches that have been unfruitful, one will find a few dedicated believers who are born again and striving to share the Gospel in the field where the Lord has planted them.

There is a sad tendency for many of us to be like Joshua or John, seeing people actually doing the work by the Holy Spirit, and casting dispersions because the are not of our chosen, man-defined denomination. We fail to see that they are doing all by faith and in an orthodox manner. We miss the fruit of their efforts as lost people are being found, sinners are being saved.

When examining the work of others, it is always best to compare what they are doing to the Scriptures, which is the only true authority. If what they are doing is biblically based, then do not forbid, do not condemn. God has chosen many to do His work in these latter days, as the field is ripe for harvest.

Brothers and sisters, let us rejoice when we hear of others who have been called to do the work. Let us not be caught up in disputes over surface details, and miss the great work that God is doing.

In the past I had the joy of volunteering at the Fort Des Moines Correctional facility. I met many men who volunteered, who had actually come through the trials of prison. On the surface, they would seem the least likely to be of the called. God knows who are His.

Let us be like Moses, and pray that all would have the Spirit of God fall upon them. I count it a blessing that I am an outsider. I am a black man living in a white world, who is defined by Jesus. I am an outcast, set aside, more because of my faith than my race. I am sure there are some who have doubts of my qualification, as I do not adhere to a given denomination.

My people, the hour is late and we must focus on sharing the Jesus of the bible. The Jesus that is filled with love, but also justice. He came the first time to save, He is coming again to judge. Let us go out and share the Good News.

“Moreover, brethren, I declare to you the gospel which I preached to you, which also you received and in which you stand, by which also you are saved, if you hold fast that word which I preached to you—unless you believed in vain. For I delivered to you first of all that which I also received: that Christ died for our sins according to the Scriptures, and that He was buried, and that He rose again the third day according to the Scriptures,”
‭‭I Corinthians‬ ‭15:1-4‬ ‭NKJV‬‬

Lay down the denominational lines, and pick up the orthodox doctrines that unite those who call upon the name of the Lord.

“Let the word of Christ dwell in you richly in all wisdom, teaching and admonishing one another in psalms and hymns and spiritual songs, singing with grace in your hearts to the Lord. And whatever you do in word or deed, do all in the name of the Lord Jesus, giving thanks to God the Father through Him.”
‭‭Colossians‬ ‭3:16-17‬ ‭NKJV‬‬