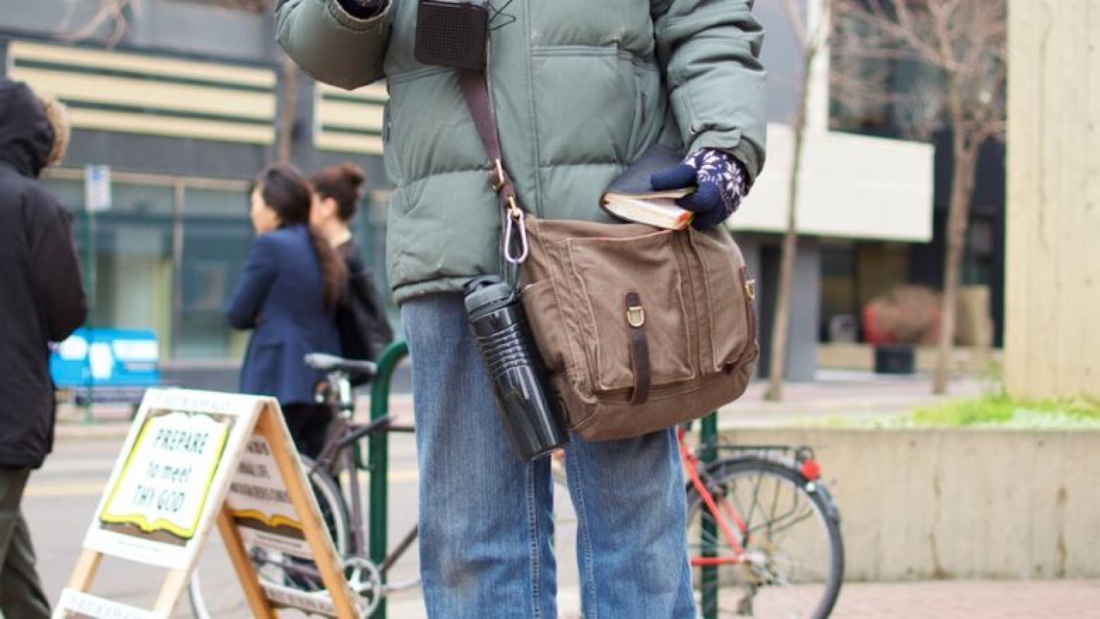 “I charge you therefore before God and the Lord Jesus Christ, who will judge the living and the dead at His appearing and His kingdom: Preach the word! Be ready in season and out of season. Convince, rebuke, exhort, with all longsuffering and teaching. For the time will come when they will not endure sound doctrine, but according to their own desires, because they have itching ears, they will heap up for themselves teachers; and they will turn their ears away from the truth, and be turned aside to fables. But you be watchful in all things, endure afflictions, do the work of an evangelist, fulfill your ministry.”
‭‭II Timothy‬ ‭4:1-5‬ ‭NKJV‬‬

I have learned to always be prepared to share the message of the Gospel, because God is creating opportunities in situations when I least expect it. I have also found that it is becoming increasingly difficult to share truthfully, as so many have become so used to lies, that the truth becomes unpalatable.

At times, I have been met with outright hostility. We are in the time that Paul was cautioning Timothy about. Today there are more false teachers than those preaching the Scriptures correctly. There are far more people cramming themselves into mega church buildings to hear them.

Gone is the idea that we are sinners, that without Jesus, we are heading to hell. When Jesus is preached, He is often portrayed as overwhelmingly gracious, excusing sin, and not expecting much from us. In truth He is expecting holiness, that we who call upon the name of the Lord represent Him, by the power of the Holy Spirit.

It has been said that you may be the only bible many people read. That is quite daunting and humbling to me, as I know the dark places in me, and I know how I was before I was saved. I feel compelled to share the truth of the Gospel, the truth of sin’s destruction, and the holiness of God regardless of what people want to hear. We are sinners, bound for a Christ-less eternity without salvation in Jesus.

Believers, preach the word, in season, out of season, regardless of the reception. I have found that anger is a sign of fertile ground. The word fitly shared pricks the heart of the sinner and becomes buried deep in the heart. I speak as one who countered the presentation of the Gospel with anger. I was hostile to the people of God until He sent those who accurately represented His heart, and showed His love for me.

In Jesus, I went from unloveable to loved, from rejected to accepted in the Beloved. I found a place where there was none before. Most importantly, I encountered biblical truth. The standard of hoiliness is far higher than that of the world. In Christ, we are called to higher things, and we are given the power to live it out. That truth must be shared, unfiltered. The message of faith and godliness should never be dumbed down.

All too often, people are looking for teachers to make them feel good. If they are carnal, they seek carnal preachers who tell them that God is grey, and that righteousness is not black and white. If they are political, they seek teachers who want to create a heaven on earth, who preach the virtues of the God of America, where patriotism replaces the worship of the Most Holy God. Others preach liberation theology, where Ghandi and Karl Marx replace Jesus. Then there is the sex god, where eros replaces agape love, and we seek to be defined by what we do with our genitals. We are a people, all too often having itchy ears.

Still, we must preach the word. time is short. God will judge the living and the dead. He will judge what we have done to the glory of God. Fables abound in our world, and what was whispered behind closed doors, is being proclaimed from high stages. Many itchy ears are listening and taking it all in.

Brothers and sisters. Read your bibles, heap up to yourselves sound teachers. Preachers, preach the word regardless of what it does to your church attendance. Your audience is One.

“For the word of God is living and powerful, and sharper than any two-edged sword, piercing even to the division of soul and spirit, and of joints and marrow, and is a discerner of the thoughts and intents of the heart.”
‭‭Hebrews‬ ‭4:12‬ ‭NKJV‬‬

One thought on “Preach!”