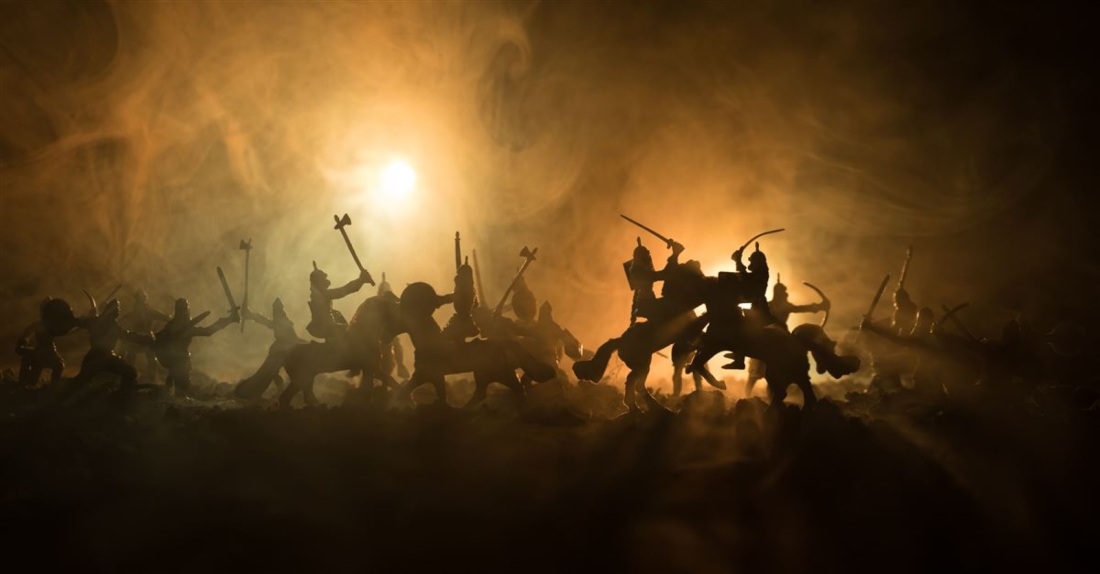 “For though we walk in the flesh, we do not war according to the flesh. For the weapons of our warfare are not carnal but mighty in God for pulling down strongholds, casting down arguments and every high thing that exalts itself against the knowledge of God, bringing every thought into captivity to the obedience of Christ, and being ready to punish all disobedience when your obedience is fulfilled.”
‭‭II Corinthians‬ ‭10:3-6‬ ‭NKJV‬‬

Paul was dealing with a disorderly church, where people were waring against each other. There were lawsuits between believers and struggles that were more reflective of the world and not the followers of Christ. Paul reminded them that the battle is not carnal, but spiritual. That is a lesson we who call upon the name of the Lord, must remember now.

Too often we seek to use the solutions of the world, and forget the power of the Gospel. I heard this morning that there are many who call themselves Christian who do not believe the Gospel. They believe that if a person is generally good they will go to heaven. Wrong. We are sinners bound for hell. We are approaching the world’s problems as if there is some kind of good work that can fix the evils of the world. We are wretched human beings, and all our good works are evil at the core.

“for all have sinned and fall short of the glory of God,”
‭‭Romans‬ ‭3:23‬ ‭NKJV‬‬

Right now, our world is full of very physical battles and very physical strife. The temptation is to meet the carnal with carnal and put down the enemies of peace. The history of the world is full of failed efforts, broken truces, lost wars and a neverending saga of warfare. The mistaken belief that people are good and that good works can have an impact is mistaken. It is a time for deep, concerted and faith filled prayer. There is no time for prayerlessness.

I have had many such wars in my own flesh over the years. I can remember efforts to break bad habits. I would try all kinds of things from marking on calendars to show the days I was successful in avoiding a behavior or habit I wanted to stop. Some people have swear jars and other things to help them. Ultimately, these efforts fail.

It is when I began to pray, to intercede on the behalf of others, that victory began to eclipse sin and I overcame. It is ongoing prayer, reading of the word, and daily worship that keeps me following the Lord closely. As I have sought to be closer, I have experienced more spiritual warfare. I cling still closer to Jesus.

We are trying temporal solutions to deal with what is really a spiritual problem. There is sin in the world. We are in a state of spiritual warfare, and under siege by the evil one who seeks to kill, steal and destroy. Sadly, we are playing his game, trying to fight fire with fire. All you end up with is a bigger fire that consumes everything and everyone.

We are witnessing the slow destruction of the nation, and soon after, the entire world. We are at a point when all the efforts to fix societal woes have and will come up empty. Those who call upon the Lord must turn attention away from the political, and turn more attention to the spiritual things.

We are in the midst of a holy war. Until we pick the right weapons, we will fail, and many will go to hell because we neglected the spreading of the Gospel.

THE PRAYER CHAIR IS OPEN! Send me your requests.
 

One thought on “Holy war”