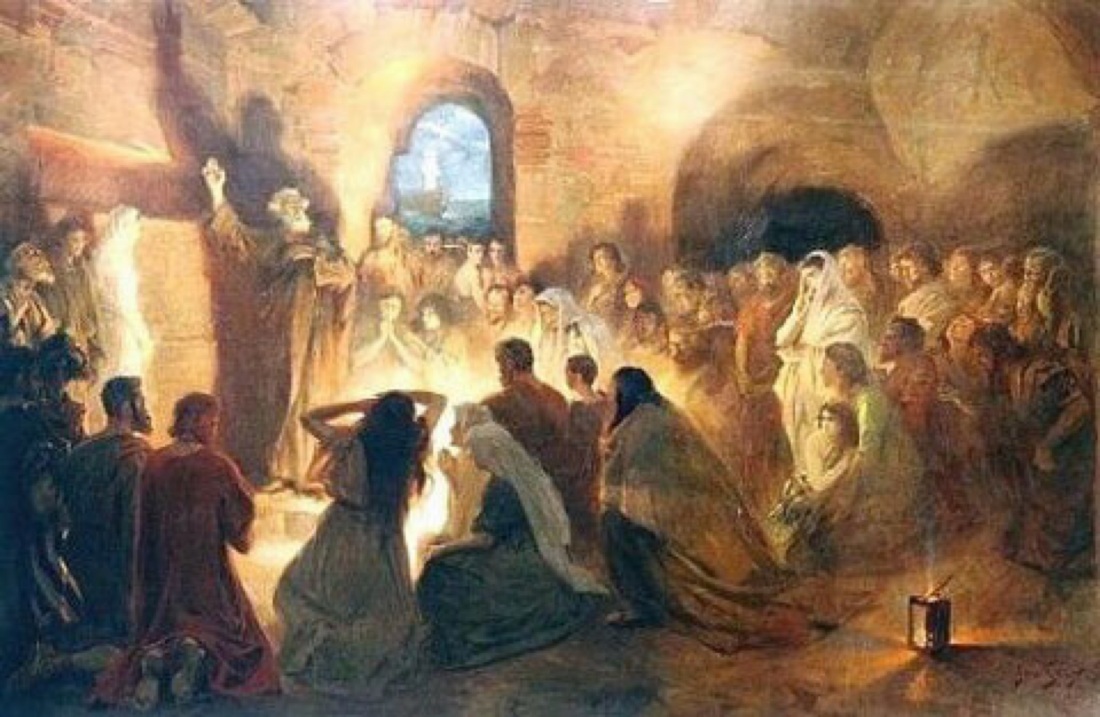 “Now Simon Peter was standing and warming himself. So they said to him, “You are not also one of His disciples, are you?” He denied it, and said, “I am not.” One of the slaves of the high priest, being a relative of the one whose ear Peter cut off, *said, “Did I not see you in the garden with Him?” Peter then denied it again, and immediately a rooster crowed.”
‭‭John‬ ‭18:25-27‬ ‭NASB‬‬

There are times when I look back with regret at the times when I failed to stand for my faith. For much of my life since Jesus saved me from my sins, I walked and worked with people who had little regard for spiritual things. It seemed like faith was something for ones private time, and not for public life. I hid the light that shined in me. I was more concerned with being accepted than representing Jesus Christ in a fallen world.

I was like Peter, as I denied Christ by omission. I hid my light and brought no attention to the power of the forgiveness of sins and new life in Jesus. I, hopefully, will never know how many people went to hell because my voice was quiet. Thankfully, we do not bring the harvest, but we do plant the seeds.

As time went by, I watched in horror as the wreckage of lives, destroyed by sin began to pile and affect everything around me. People I neglected to tell, were drifting toward the abyss. I had this incredible treasure that God had given me, that I did not share.

During that time, the Lord brought about many situations that served to focus my attention, by removing the things to which I had given my energy and attention. My concern moved from my reputation to the eternal as the issues of this life faded away and eternity began to loom over the future.

When I got to the point of life where I had more years behind me, than ahead, I started focusing on what was to come. My faith walk became larger and larger, as Jesus began to make room in my heart. As my physical capacities faded, my heart was diverted to the spiritual. Prayer, attention to Scripture, and more intentional worship began to be the primary desire of my heart.

With this change, came the desire to share what had become my priority: knowing Jesus and making Him known. In my working days, my office as awash in scriptures and the name of Jesus was not rare in my utterance. I just couldn’t help it. My bout with cancer was the turning point when the God of my salvation became my preoccupation. I felt like I had nothing to lose. Those days at Mayo Clinic, bed bound, loosed my lips. I told everyone of my Jesus.

That spirit has stayed with me to this day. I have become unabashed in sharing my faith and it doesn’t bother me to be called a believer. My Jesus has proven Himself day in and out, I know that He is the answer to a world where sin and death abound.

For the first time in history, the world is confronted with the potential for death, as lives have been turned upside down. People have seen the focus move from the business of existence, to the simplicity of days doing little. Hearts are open and undisturbed.

Believers, this is the day that we have been called to stand for Jesus. God has laid His stamp on you and you have been set apart. Let us behave like we are ones saved by the blood of Jesus, even if it makes us unpopular.

“You’re not also one of His disciples are you?”

One thought on “Denial”