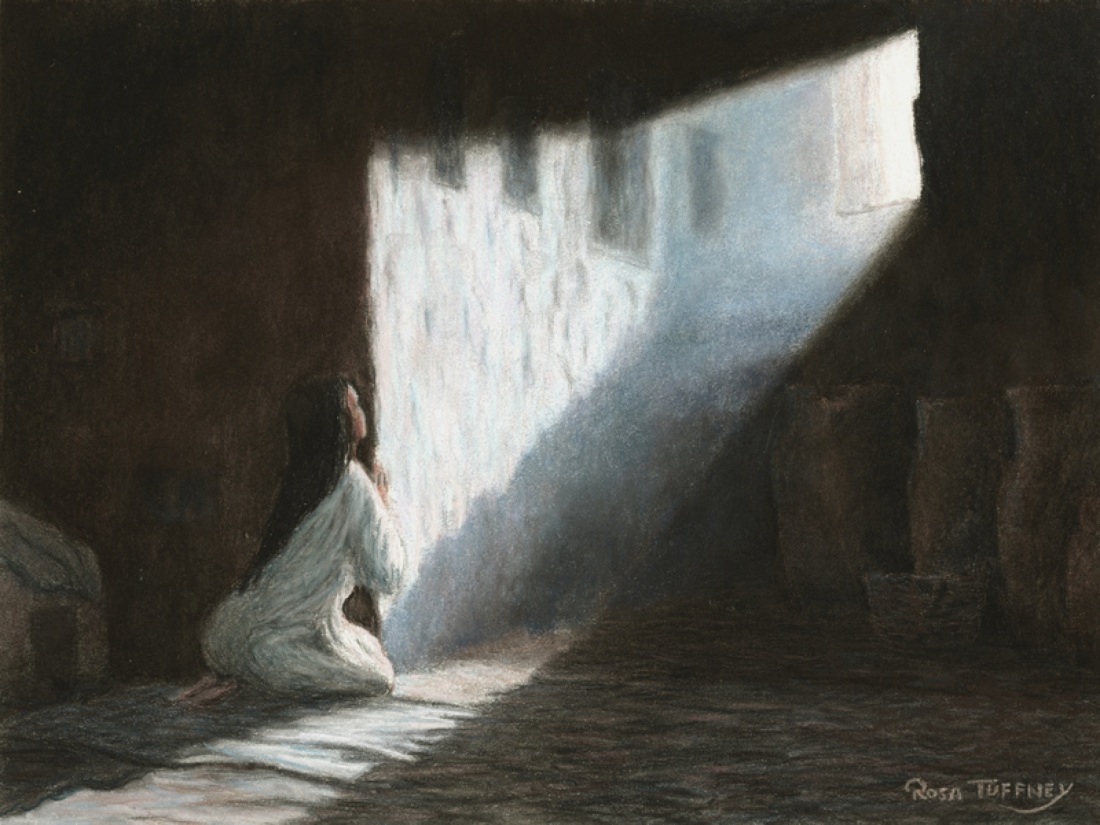 “Mary said to the angel, “How can this be, since I am a virgin?” The angel answered and said to her, “The Holy Spirit will come upon you, and the power of the Most High will overshadow you; and for that reason the holy Child shall be called the Son of God. And behold, even your relative Elizabeth has also conceived a son in her old age; and she who was called barren is now in her sixth month. For nothing will be impossible with God.” And Mary said, “Behold, the bondslave of the Lord; may it be done to me according to your word.” And the angel departed from her.”
‭‭Luke‬ ‭1:34-38‬ ‭NASB‬‬

In our culture today, it is common to see young women and even girls expecting children. We have become accustomed to it. In the time around the Incarnation, it was not the custom. It was more than dangerous for a young woman to be pregnant with no apparent father present. There would be much gossip, whispering, fingers pointed and shame. If discovered, an unwed mother could be stoned to death. (Deuteronomy 22:20). In the face of that potential, the faith of Mary is magnified.

Even with all the social implications she yielded her future for the service of the Lord. There was no “let me pray on it,” she didn’t hesitate.

God had selected her to defy the conventions of the time and carry the Hope of the world. She would have to bear the projected shame of the people, to deliver the Savior of the world, who would also bear the shameful whispers as He grew up.

God selected her to do something hard.

He still selects people to do the hard things for His glory. Some He selects for ministry, as He calls them to devote their lives and futures to His service.

There are many missionaries serving in diverse places, some of them dangerous places. Some are called to bring Jesus to people closer to home. They knock on doors, approach strangers, seek divine appointments that provide that opportunity to reach others with the Gospel.

Others are called by circumstance. Perhaps that have been caught up in sin and confined in prison for crimes that have may or may not have committed.

There are many Christians around the world who have been imprisoned for simply living as believers. Others are imprisoned for what they have done, but encountered Jesus behind bars. They now serve the Lord rather than Satan and bring glory to God.

Then there are those who serve in the midst of suffering. That calling can be the hardest of all. When I think of Mary I think of that. She laid it all on the line. We know little about Joseph, but his faith was amazing as well as he stood by Mary. He heard the same whispers, saw the smirks, and experienced the innuendos.

In my own life, I have been dealt with setback after setback as my health has declined. Inevitably I have heard the whispers, “I wonder why God did this to him?”, “He is probably being punished.” Reminds me of the passage in John: “As He passed by, He saw a man blind from birth. And His disciples asked Him, “Rabbi, who sinned, this man or his parents, that he would be born blind?” Jesus answered, “ It was neither that this man sinned, nor his parents; but it was so that the works of God might be displayed in him.”
‭‭John‬ ‭9:1-3‬ ‭NASB‬‬

The sicker I have become the brighter His light! I glory in what He is doing with this failing vessel. I pray that there be nothing left if He is to be glorified.

Mary and Joseph laid down their reputation, the least I can do is lay down my body.

The hard things we are called to do pale in the face of the hardest thing of all. Jesus laid aside the glory He knew with the Father to enter the world under questionable circumstances, faced continual rejection and ultimately be crucified for the sins of the world.

Perhaps you are being called to do something hard: perhaps a conviction to share the Gospel with that hostile neighbor, a coworker. Perhaps you are called to walk by faith in social situations where you face derision and mocking. Whatever it may be, know that Jesus has walked that path before you. He has overcome the world.